The counties that make up Los Angeles, Chicago, New York City, and Philadelphia shed a combined 2 million domestic residents from 2010 to 2018. For many years, these cities’ main source of population growth hasn’t been babies or even college graduates; it’s been immigrants. But like an archipelago of Ellis Islands, Manhattan and other wealthy downtown areas have become mere gateways into America and the labor force—“a temporary portal,” in the words of E. J. McMahon, the founder of the Empire Center for Public Policy. “The woman from Slovakia comes to Queens, lives in her second cousin’s basement, gets her feet on the ground, and gets a better apartment in West Orange, New Jersey,” he said. Or a 20-something from North Dakota moves to Chicago after school, works at a consultancy for a few years, finds a partner, and moves to Missoula.

The Madison school board is planning various tax and spending increases referendums. I wonder what the various population forecasts reveal?

Madison has long spent far more than most taxpayer supported school districts ($18.5 to 20k per student, depending on the district documents). 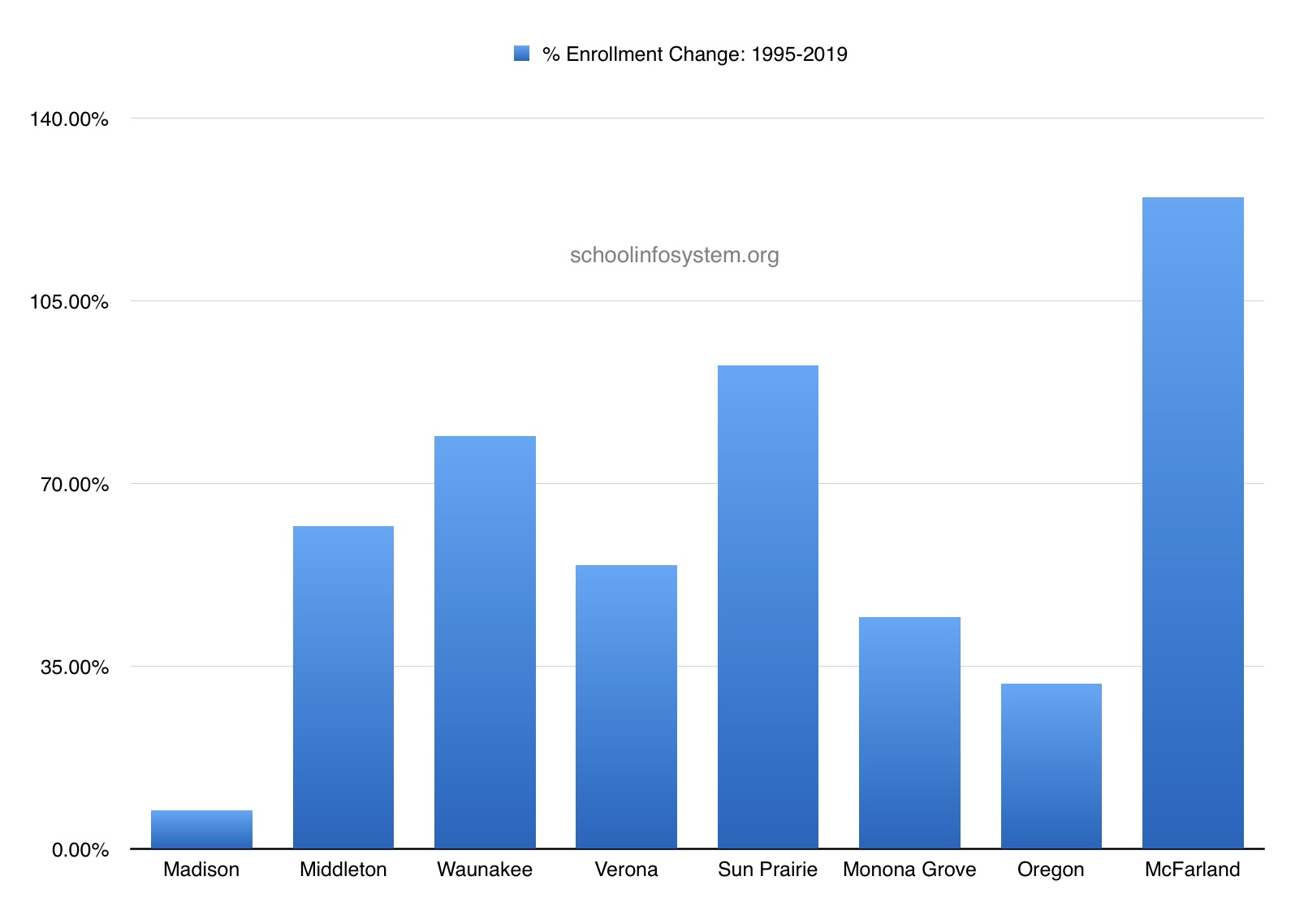 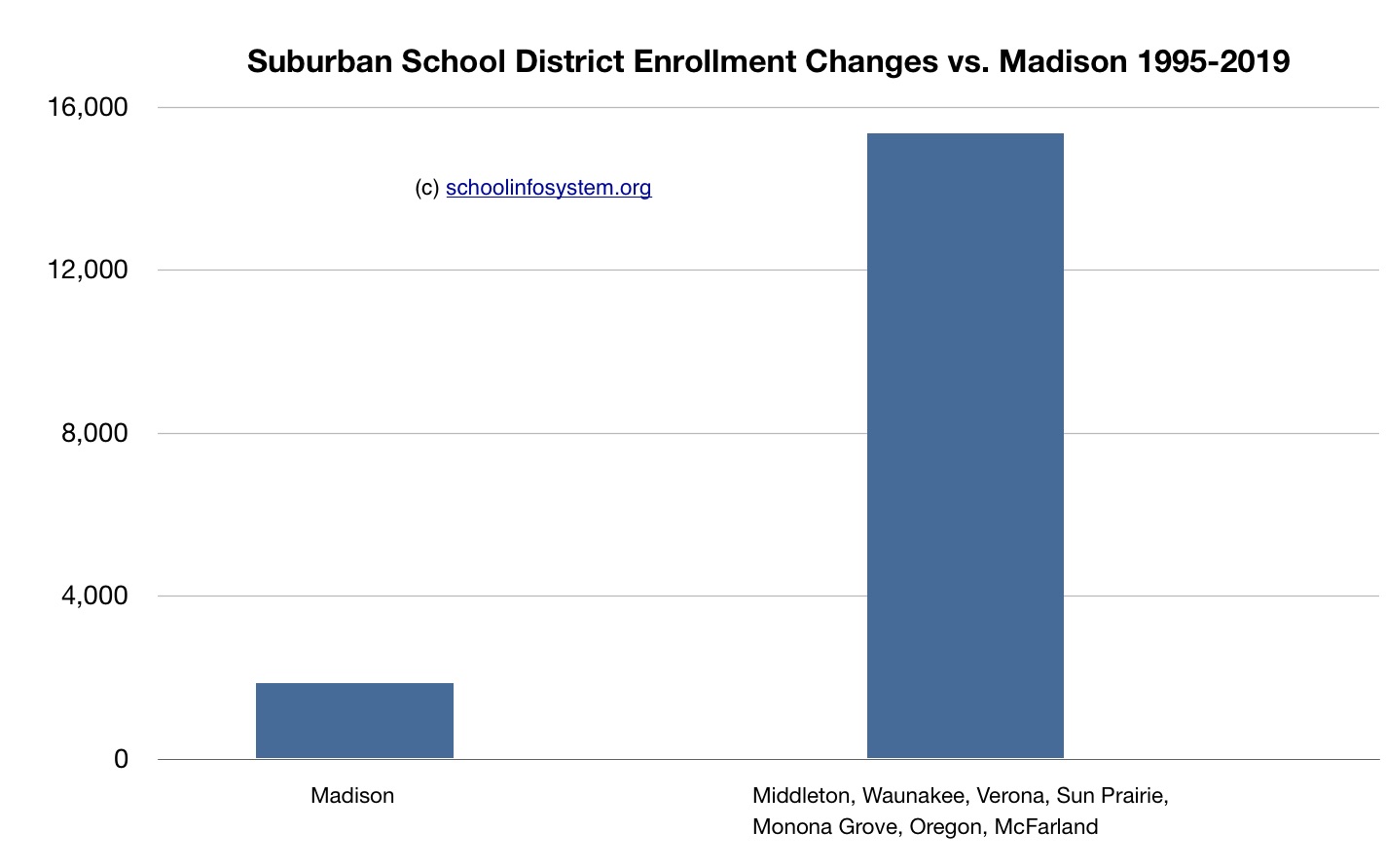