Dear Editor: We read “The new math: how data is changing the way teachers teach” with great interest. We learned that for freshmen at East High School, coming to school 90 percent of the time, having a 3.0 grade point average, and having no more than two failing grades is enough to put them “on track” for high school graduation.

What about core academic skills, we wondered? Do students at East need, for example, to be able to read in order to graduate?

To answer our question — and in keeping with the spirit of the article — we went to the data. 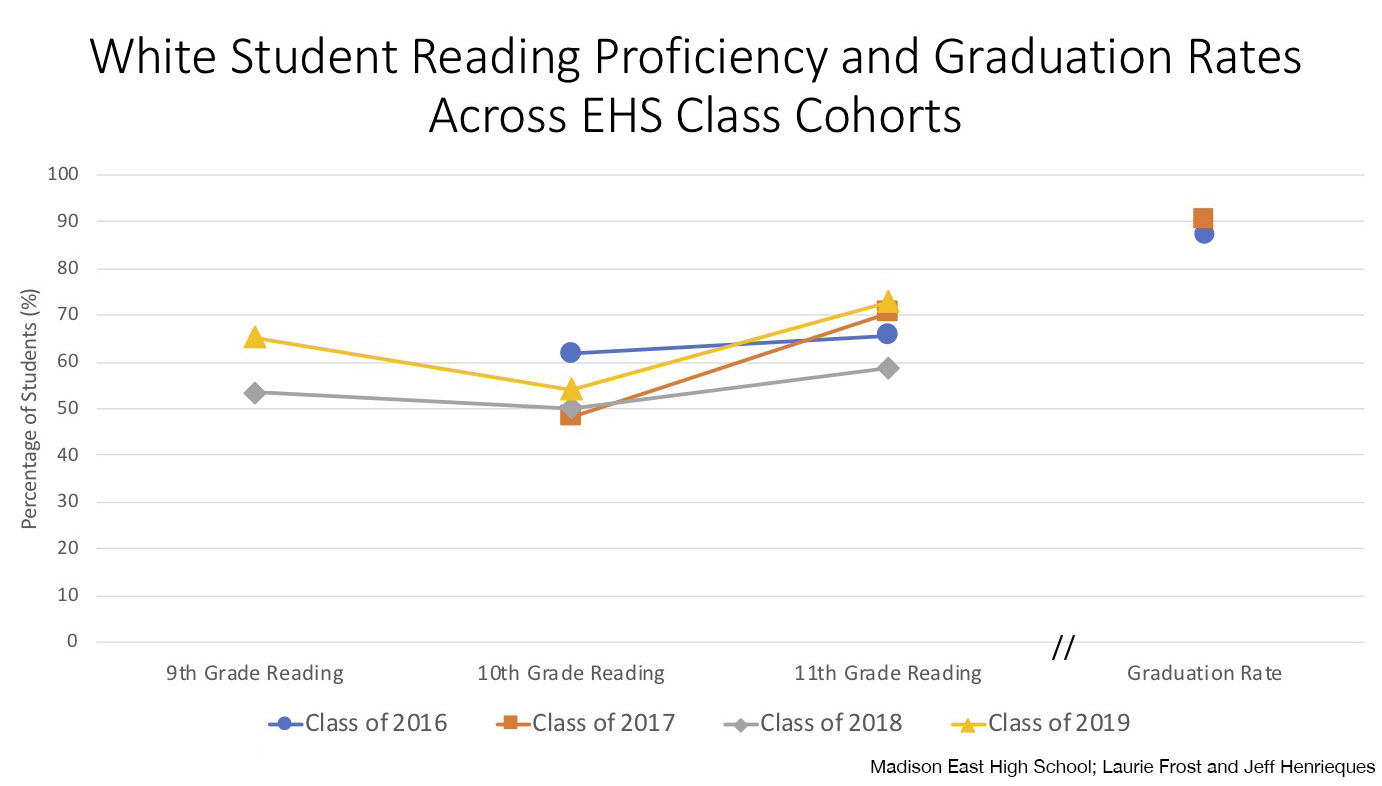 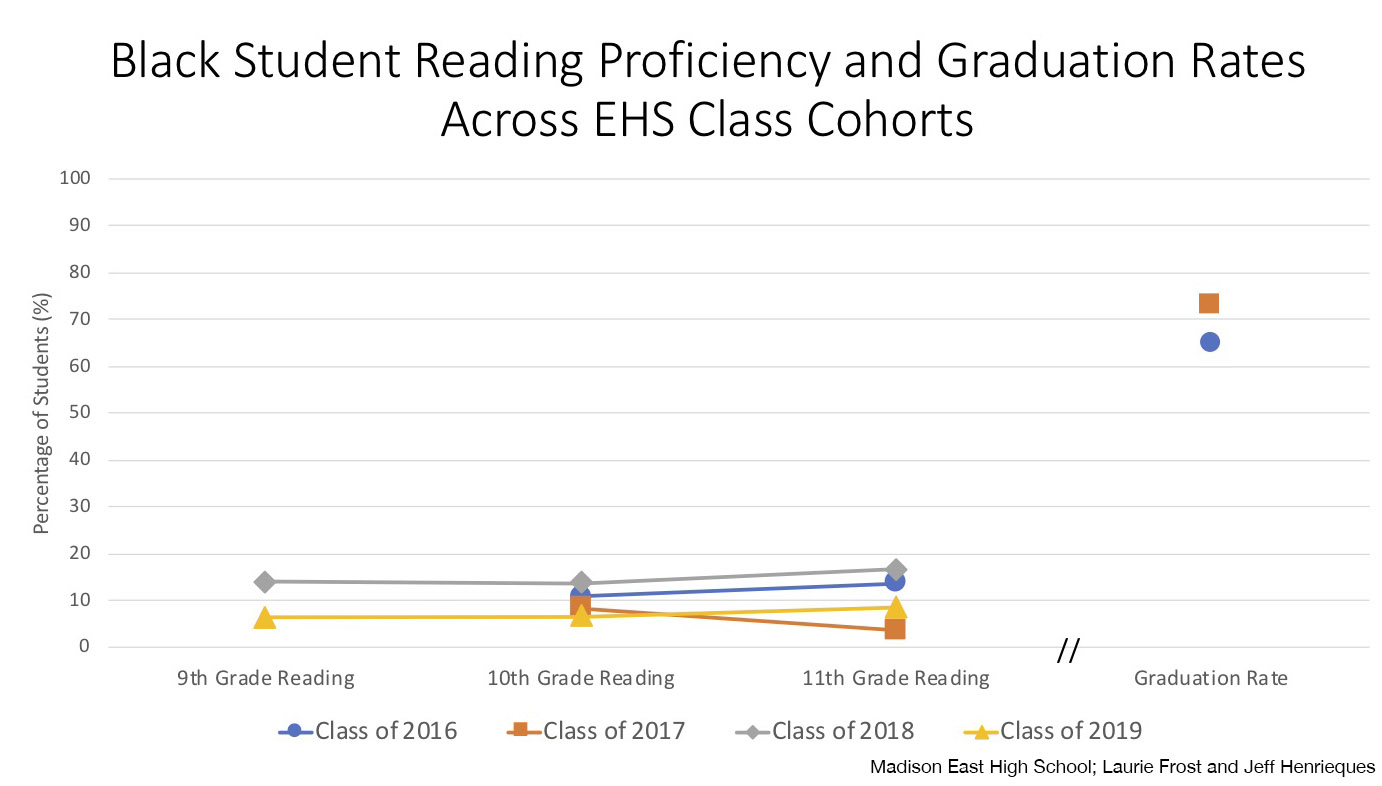 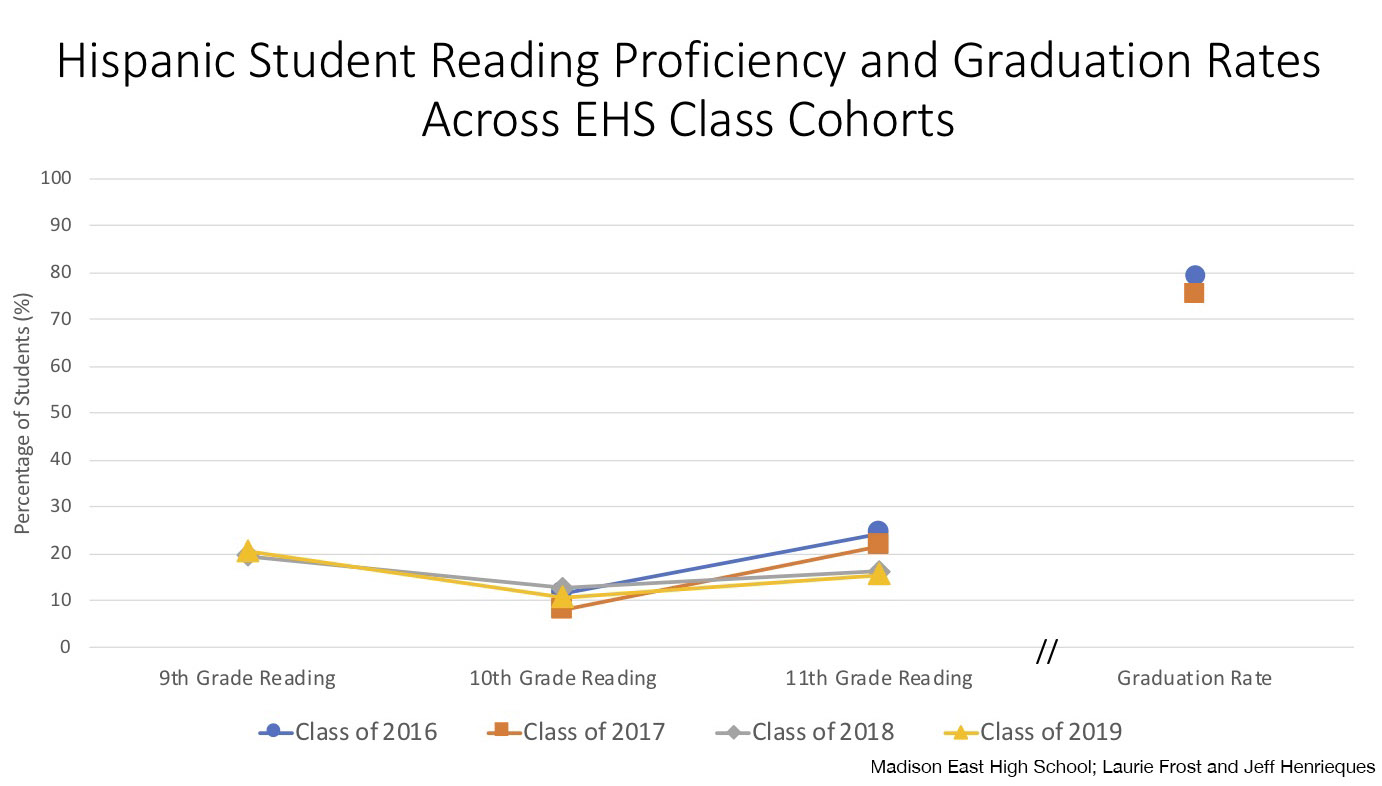 The data clearly indicate that being able to read is not a requirement for graduation at East, especially if you are black or Hispanic. But when 70 percent of your minority students earn diplomas and fewer than 20 percent of them are able to read at grade level, what does that high school diploma mean?

Rather than focus so heavily on attendance, behavior, and socioemotional learning, as described in the article, teachers and administrators should prioritize teaching students how to read. Students who know how to read are more likely to come to school, go to class, work hard, and have a meaningful and rewarding post-high school life.

According to Mr. Rainwater, the place to look for evidence of a closing achievement gap is the comparison of the percentage of African American third graders who score at the lowest level of performance on statewide tests and the percentage of other racial groups scoring at that level. He says that, after accounting for income differences, there is no gap associated with race at the lowest level of achievement in reading. He made the same claim last year, telling the Wisconsin State Journal on September 24, 2004, “for those kids for whom an ability to read would prevent them from being successful, we’ve reduced that percentage very substantially, and basically, for all practical purposes, closed the gap”. Last Monday, he stated that the gap between percentages scoring at the lowest level “is the original gap” that the board set out to close.

Unfortunately, that is not the achievement gap that the board aimed to close.