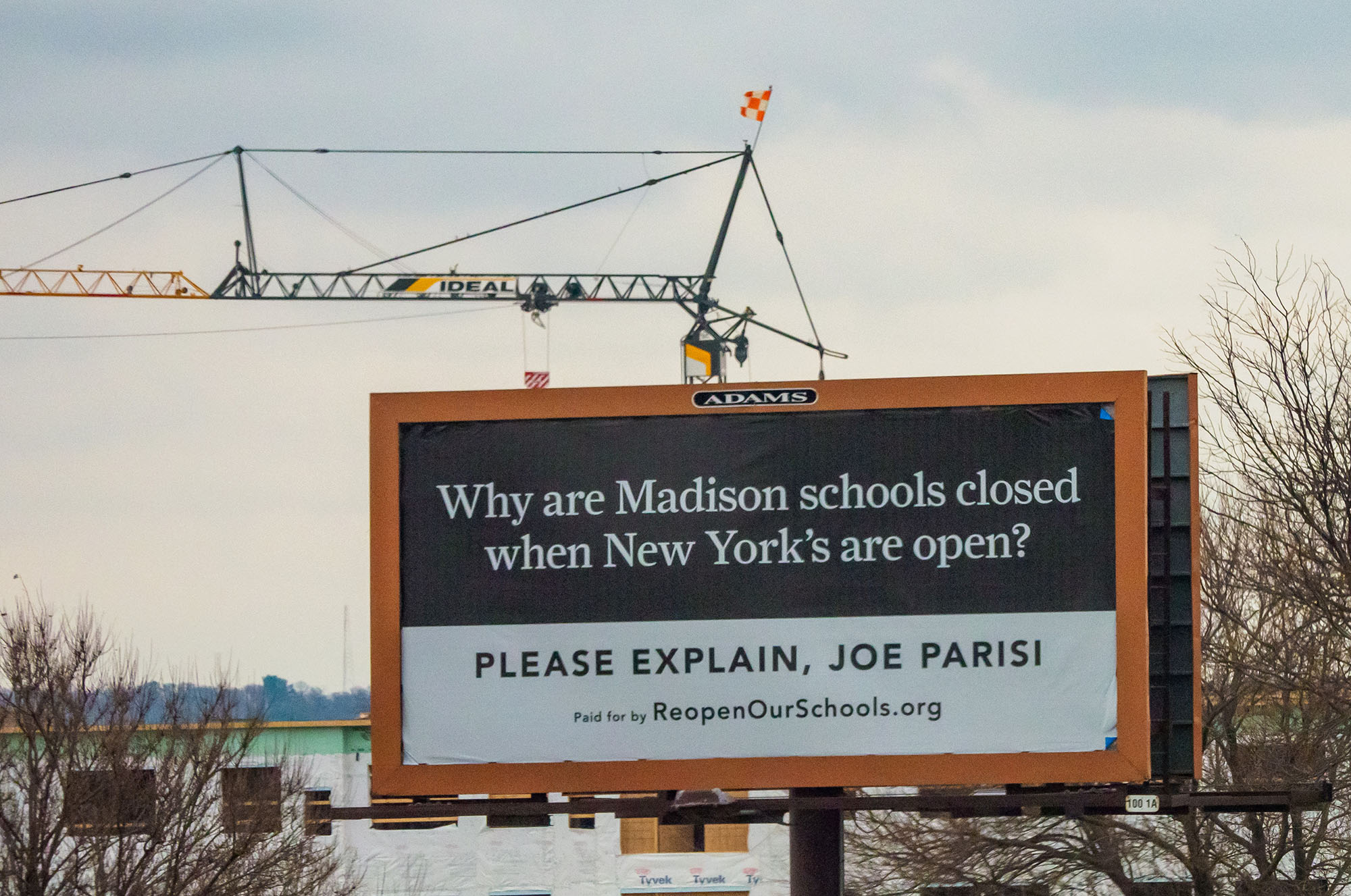 Political affiliation and union representation were more strongly related to Wisconsin school district decisions to opt for virtual or in-person instruction this fall than COVID-19 positivity rate, according to a new report.

The study from the conservative Wisconsin Institute For Law & Liberty (WILL) published Monday found that 14% of districts in the state with a union began the year with virtual-only instruction compared to just 3% of those without union representation. Political affiliation, measured by the 2016 vote share for Donald Trump in a school district’s county, had an even larger correlation.

“(That was) the most surprising aspect to me,” Flanders said. “I thought that union presence and political ideology probably would play a role but I didn’t expect the rate of coronavirus in the area to play no significant role.”

The findings locally mirror a national study of about 10,000 districts across the country highlighted in the Washington Post last week.

which pushed Dane County this week not to calculate its percentage of positive tests — a data point the public uses to determine how intense infection is in an area.

The department said it was between eight and 10 days behind in updating that metric on the dashboard, and as a result it appeared to show a higher positive percentage of tests and a lower number of total tests per day.

The department said this delay is due to the fact data analysts must input each of the hundreds of tests per day manually, and in order to continue accurate and timely contact tracing efforts, they prioritized inputting positive tests.

“Positive tests are always immediately verified and processed, and delays in processing negative tests in our data system does not affect notification of test results,” the department said in a news release. “The only effect this backlog has had is on our percent positivity rate and daily test counts.”

Staff have not verified the approximately 17,000 tests, which includes steps such as matching test results to patients to avoid duplicating numbers and verifying the person who was tested resides in Dane County.

All 77 false-positive COVID-19 tests come back negative upon reruns.

“An emphasis on adult employment”

Booked, but can’t read (Madison): functional literacy, National citizenship and the new face of Dred Scott in the age of mass incarceration

Run for Office: Dane County Executive is on the Spring, 2021 ballot.