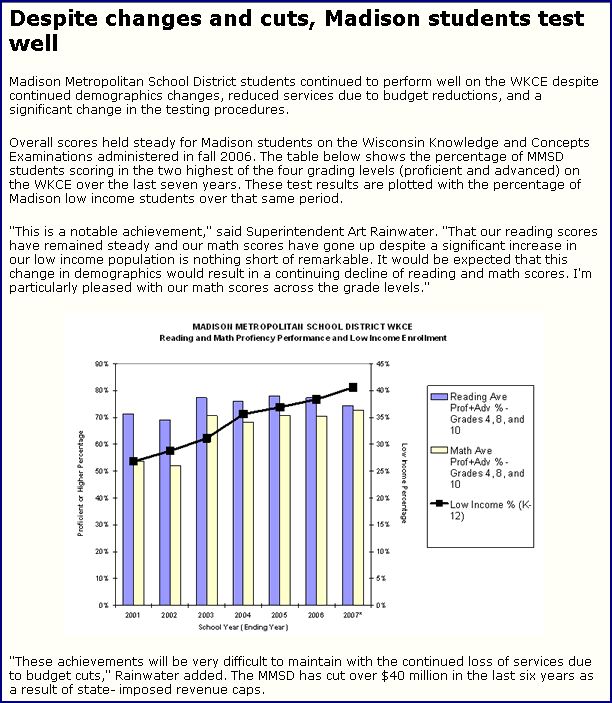 [boxed text and charts excerpted from MMSD press release]
This chart is misleading. In 2002, the Wisconsin Department of Public Instruction revamped the scoring scale for the WKCE to lower the cut score (or threshold) for the “proficient” category (which is apparent in the jump between pre-2002 and post-2002 scores, as shown above). The DPI web site clearly states that “Proficiency data for November 2002 and later are not comparable to earlier years.”
To provide an accurate basis for comparison, the chart should have looked like this: 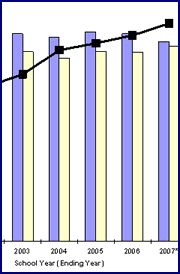 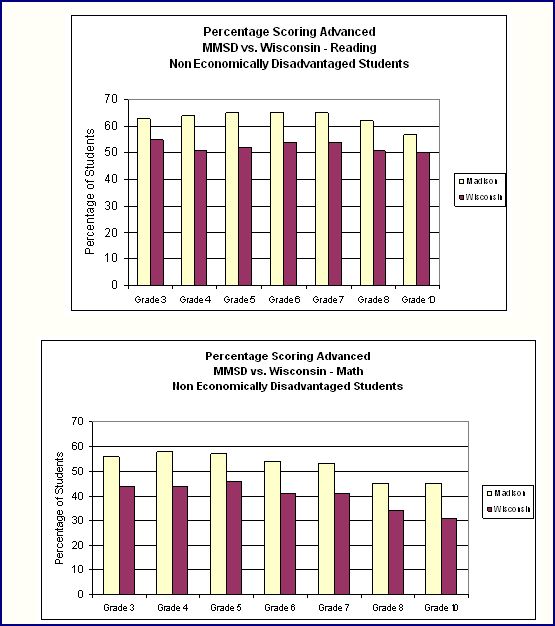 There’s no question about the data here. But what about the rest of the picture?
In reading and math, a greater percentage of MMSD low-income students scored at the basic+minimal levels (i.e. below grade level) than their peers statewide this year (scores below are for combined grades).

Table 1: 2006 low-income, basic+minimal, combined grades
(This and all data are from the DPI web site, using WKCE+WAA scores.)
Looking at 4th grade scores, the percentages of low-income MMSD students performing below grade level in reading and math grew from 2003 to 2006, and grew at a faster rate than statewide peers.

Table 5: 2003 and 2006 math, advanced, MMSD 4th grade
This gap between low and non-low income performance at the advanced level exists across the state, but MMSD’s gap grew at a faster rate. 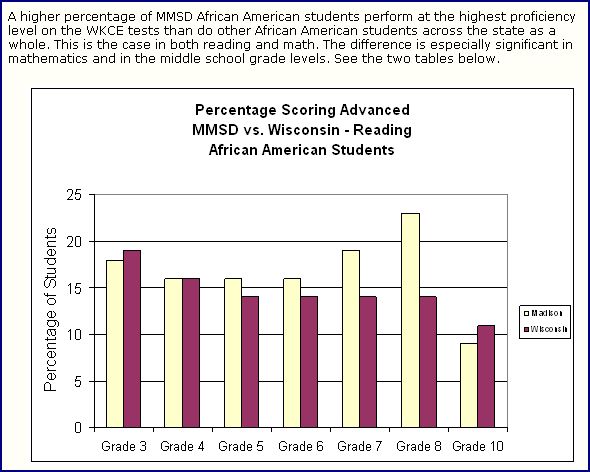 The scale of the percentage range (y-axis) in this chart is magnified in a way that exaggerates this “achievement”. (Even so, it’s clear that grade by grade, black students don’t outperform their state peers in grades 3, 4, or 10.) 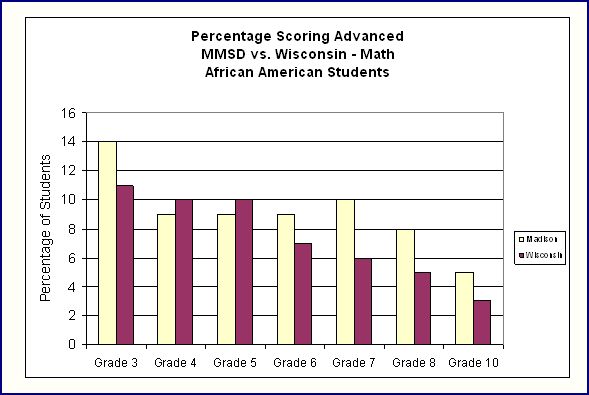 The scale for math is even more exaggerated, and the achievement somewhat less than “especially significant.”

Table 9: 2006 math, advanced, African-American
What is especially significant, however, is the achievement gap between black and white students at the advanced level. MMSD’s achievement gap exceeds that for the state, and has grown at a significantly faster rate.

Table 11: 2003 and 2006 math, advanced, 4th grade, gap between white and black students
4: “A consistently higher percentage of MMSD students perform at the highest proficiency level than do students across the state as a whole.” 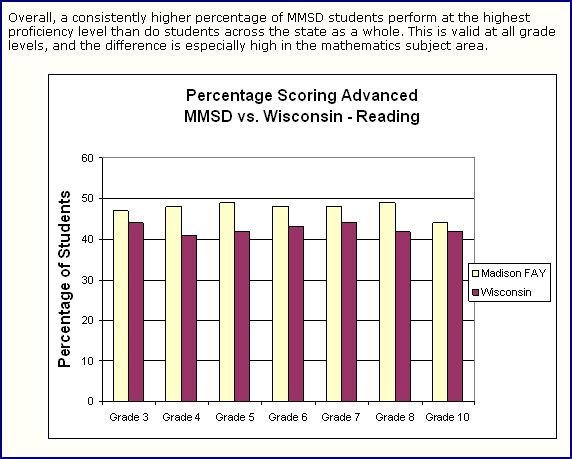 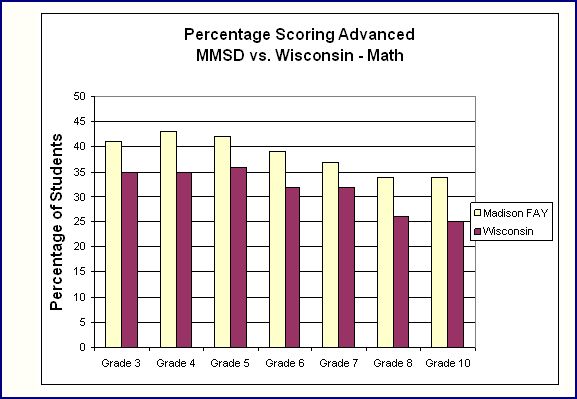 However, MMSD’s racial and economic achievement gaps at the advanced level exceed those for the state.

Without more data (Exactly how much of the percentage increase in this category was attributable to this testing procedure change? How did this increase compare to other districts and the state as a whole, since they were also affected by this same testing procedure change?), this is not sufficient to explain away the increase in the below-grade level category.
Further thoughts: