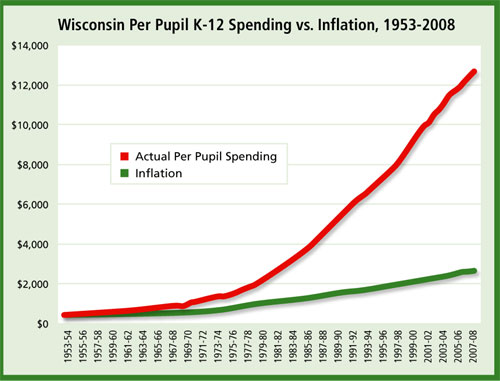 By now, the political lore is familiar: A major political party, cast aside by Wisconsin voters due to a lengthy recession, comes roaring back, winning a number of major state offices.
The 43-year-old new governor, carrying out a mandate he believes the voters have granted him, boldly begins restructuring the state’s tax system. His reform package contains a major change in the way state and local governments bargain with their employees, leading to charges that the governor is paying back his campaign contributors.
Only the year wasn’t 2011 — it was 1959, and Gov. Gaylord Nelson had just resurrected the Democratic Party of Wisconsin. Certain of his path, Nelson embarked on an ambitious agenda that included introduction of a withholding tax, which brought hundreds of protesters to the Capitol. Nelson also signed the nation’s first public-sector collective bargaining law — the same law that 52 years later Gov. Scott Walker targeted for fundamental revision.
Two different governors, two different parties, and two different positions.
Ironically, their assertive gubernatorial actions may produce the same disruptive outcome. By empowering the unions, Nelson’s legislation led to public-sector strikes and work stoppages. By disempowering the unions, Walker’s actions might lead to public-sector strikes and work stoppages.
In Walker’s case, union members reluctantly agreed to his pension and health-care demands, but have fought desperately to preserve their leverage in negotiating contracts. That raises the basic question of the Madison showdown: Why is Scott Walker so afraid of collective bargaining?
The answer can be found in the rise of the state’s teachers unions.

Beware of legacy practices (most of what we do every day is the maintenance of the status quo), @12:40 minutes into the talk – the very public institutions intended for student learning has become focused instead on adult employment. I say that as an employee. Adult practices and attitudes have become embedded in organizational culture governed by strict regulations and union contracts that dictate most of what occurs inside schools today. Any impetus to change direction or structure is met with swift and stiff resistance. It’s as if we are stuck in a time warp keeping a 19th century school model on life support in an attempt to meet 21st century demands.”

One thought on “Why He Did It: For good reason, the Capitol exploded when Gov. Walker struck at collective bargaining: The Rise of Teacher Unions”