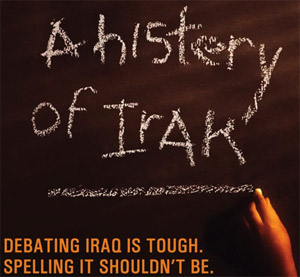 Eli Broad and Bill Gates, two of the most important philanthropists in American public education, have pumped more than $2 billion into improving schools. But now, dissatisfied with the pace of change, they are joining forces for a $60 million foray into politics in an effort to vault education high onto the agenda of the 2008 presidential race.
Experts on campaign spending said the project would rank as one of the most expensive single-issue initiatives ever in a presidential race, dwarfing, for example, the $22.4 million that the Swift Vets and P.O.W.s for Truth group spent against Senator John Kerry in 2004, and the $7.8 million spent on advocacy that year by AARP, the lobby for older Americans.
Under the slogan “Ed in ’08,” the project, called Strong American Schools, will include television and radio advertising in battleground states, an Internet-driven appeal for volunteers and a national network of operatives in both parties.
“I have reached the conclusion as has the Gates foundation, which has done good things also, that all we’re doing is incremental,” said Mr. Broad, the billionaire who founded SunAmerica Inc. and KB Home and who has long been a prodigious donor to Democrats. “If we really want to get the job done, we have got to wake up the American people that we have got a real problem and we need real reform.”

I’m glad they are doing this. However, top down rarely works, particularly with an issue this broad.
www.edin08.com. Former LA Superintendent and Colorado Governor Roy Romer is Chair. [118K PDF]
Ed Policy 08 is a “A non-partisan blog focused on Educational Policy in the 2008 election for President of the United States.” The site is written anonymously by a classroom teacher. RSS feed.