“No matter how many times people from the party have said education is better than ever, the research doesn’t lie. It’s very clear, especially in the city of Hartford, the system is not doing well.”

Madison has long spent far more than most taxpayer supported K-12 school districts, between $18k and 20k per student, depending on the district documents reviewed.

“An emphasis on adult employment”.

Years ago, a senior Madison teacher mentioned to me that the local union leadership traded benefit growth for reduced salary increases, which affected younger teachers.

The Madison school district has benefited greatly from a growing property tax base – supported by a massive federal taxpayer electronic medical record subsidy (nearly $40B since 2011!). Will that continue? What happens if things change? 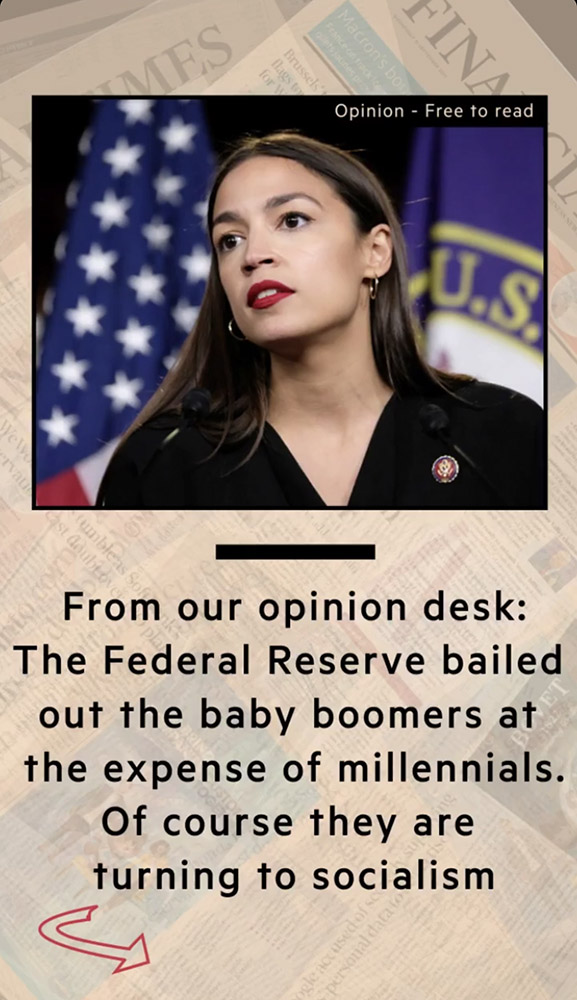 Mr Bernanke’s unorthodox “cash for trash” scheme, otherwise known as quantitative easing, drove up asset prices and bailed out baby boomers at the profound political cost of pricing out millennials from that most divisive of asset markets, property. This has left the former comfortable, but the latter with a fragile stake in the society they are supposed to build.

As we look towards the 2020 US presidential election, could Ms Ocasio-Cortez’s leftwing politics become the anthem of choice for America’s millennials?

But before we look forward, it is worth going back a bit. The 2008 crash itself didn’t destroy wealth, but rather revealed how much wealth had already been destroyed by poor decisions taken in the boom. This underscored the truism that the worst of investments are often taken in the best of times.

Mr Bernanke, a keen student of the 1930s, understood that a “balance sheet recession” must be combated by reflating assets. By exchanging old bad loans on the banks’ balance sheets with good new money, underpinned by negative interest rates, the Fed drove asset prices skywards. Higher valuations fixed balance sheets and ultimately coaxed more spending and investment. However, such “hyper-trickle-down” economics also meant that wealth inequality was not the unintended consequence, but the objective, of policy.