Since 1994. Wisconsin school districts have operated under slate-imposed revenue limits, which arc tied to inflation and enrollments. The associated qualified economic offer (QEO) law limits staff compensation increases to about 4% annually. With declining student counts, fluctuations in stale school aid. and various concerns over teacher pay. revenue limits and the QEO have attracted increasing debate.
The governor, in his proposed 2009-11 state budget, recommends eliminating the QEO. I le has also talked about providing ways for school districts to move away from revenue limits. This report does not address these specific proposals. Rather, it seeks to help inform discussions by examining the history of revenue limits and the QEO, legislative attempts to fix various issues, and the impacts of limits on schools, educators, and taxpayers.
THE REVENUE LIMIT LAW
School districts collect revenue from a variety of sources. The two largest sources are the property tax and state general (or equalization) aid, General aid is distributed based on district property wealth and spending. Combined, these two revenue sources account for about 75% of an average district’s funding. The remainder is a combination of student fees, federal aid. and state categorical aids. such as those for special education and transportation.
The revenue limit law was implemented in 1994 (1993-94 school year) and caps the amount districts can collect from property taxes and general aid combined. It does not restrict student fees, federal aid. or state categorical aid. A district’s revenue limit is determined by its prior-year cap, an inflation factor, and enrollments. There is an exception to the limit law for districts defined as “low-revenue.” Currently, districts with per student revenues less than S9.000 are allowed to increase their revenues to that level.
Background
While Wisconsin’s revenue limit law began in 1994. its roots date back to several teacher strikes in the early 1970s, culminating with the 1974 Hortonville strike during which 86 teachers were fired. That strike gained national attention. 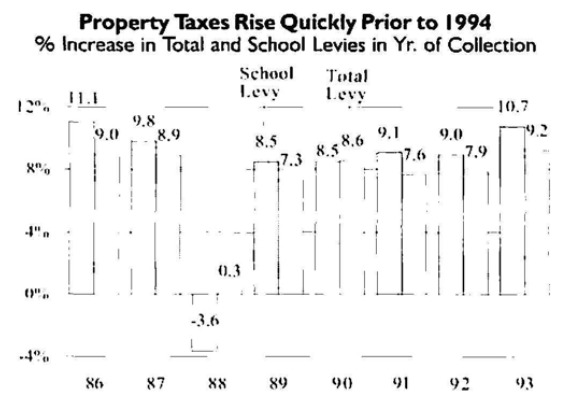 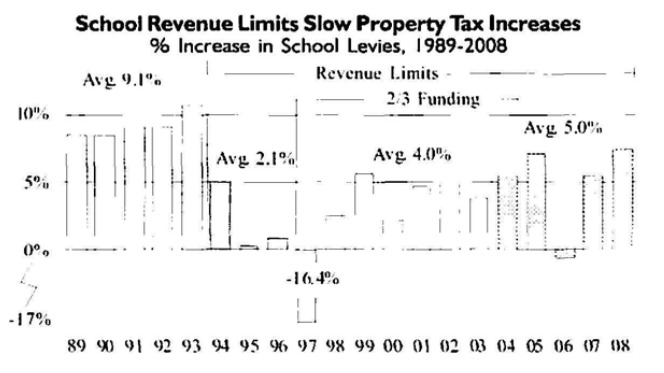 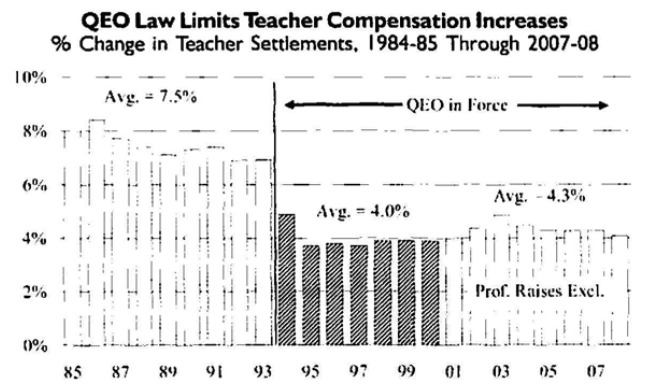