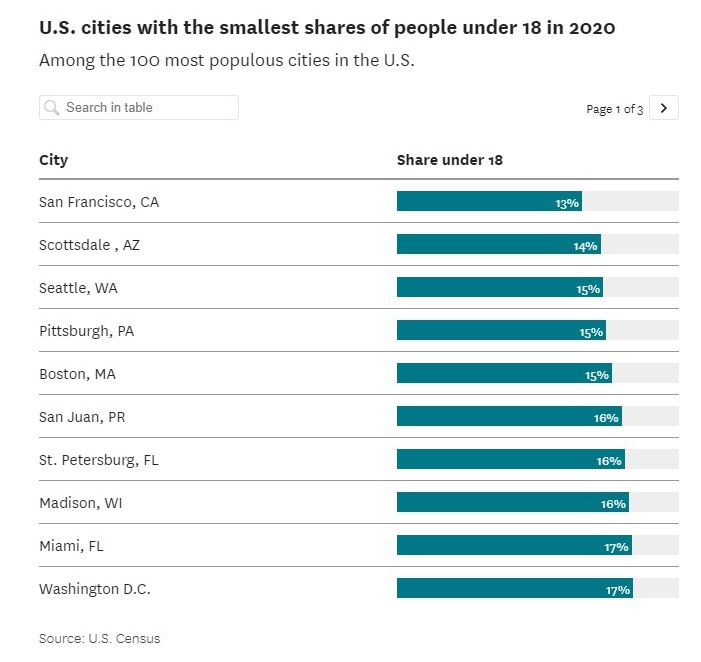 San Francisco’s drop in percentage youth population was actually less extreme than the rest of the Bay Area. All nine counties in the region saw a drop in youths as a share of population, and many counties saw these drops after decades of stability or growth.

Napa County saw the biggest decrease since 2010, from just over 23% to 20%. Contra Costa, which has the greatest share of youths of any Bay Area county as of 2020, dropped over two percentage points from nearly 25% to under 23%.