I got an email from an @AP reporter. The subject: “black charter schools debate.” It said: “This is Sally Ho, national education reporter with the Associated Press. I am working on a story about the black charter school debate in light of increasing enrollment in the community.”

When we talked Ho framed the issue as if it were a black civil war where billionaire-funded groups were fighting traditional groups like the NAACP. I told her that there is no war in the black community about charter schools. It’s a divisive manufactured story.

I told her research constantly tells us black people are among the most reliable supporters of charters and school choice. The majority of black people are clear about their support. If any segment of black “leaders” disagrees, they’re disagreeing with their own people.

Ho’s story, as expected, insinuated that our leading black organizations, including the Urban League, UNCF, 100 Black Men, and so on, are charter school friendly merely because they receive grant funding from the Walton Family Foundation. So disrepctful for an outsider to write.

Here is her insulting and sloppy attempt at a graphic depicting Walton at the center of a black universe. She assigns black agency to white masters. Given the history of these organizations and their missions, she trades in at least accidental millennial hipster racism. Gross. 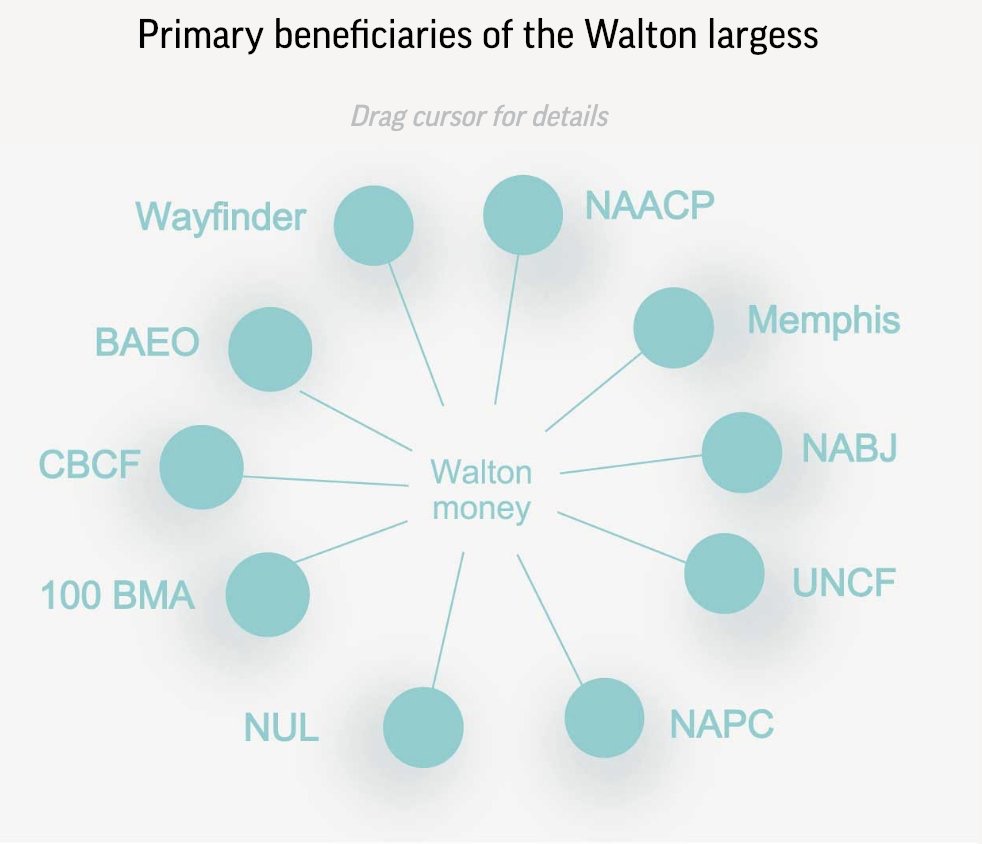 On the other side, Ho pooh-poohed the idea that the NAACP and Movement For Black Lives are themselves publicly aligned with the teachers’ union campaigns against charters as a fulfillment of their grant funding from the unions. She told me she tired of that framing because….

teachers working through their unions on behalf of their profession isn’t the same things as the outsized role wealthy pro-charter people play in education policy. It’s a huge admission for a “journalist” to make. Facts be damned.

Related: “The data clearly indicate that being able to read is not a requirement for graduation at (Madison) East, especially if you are black or Hispanic”.