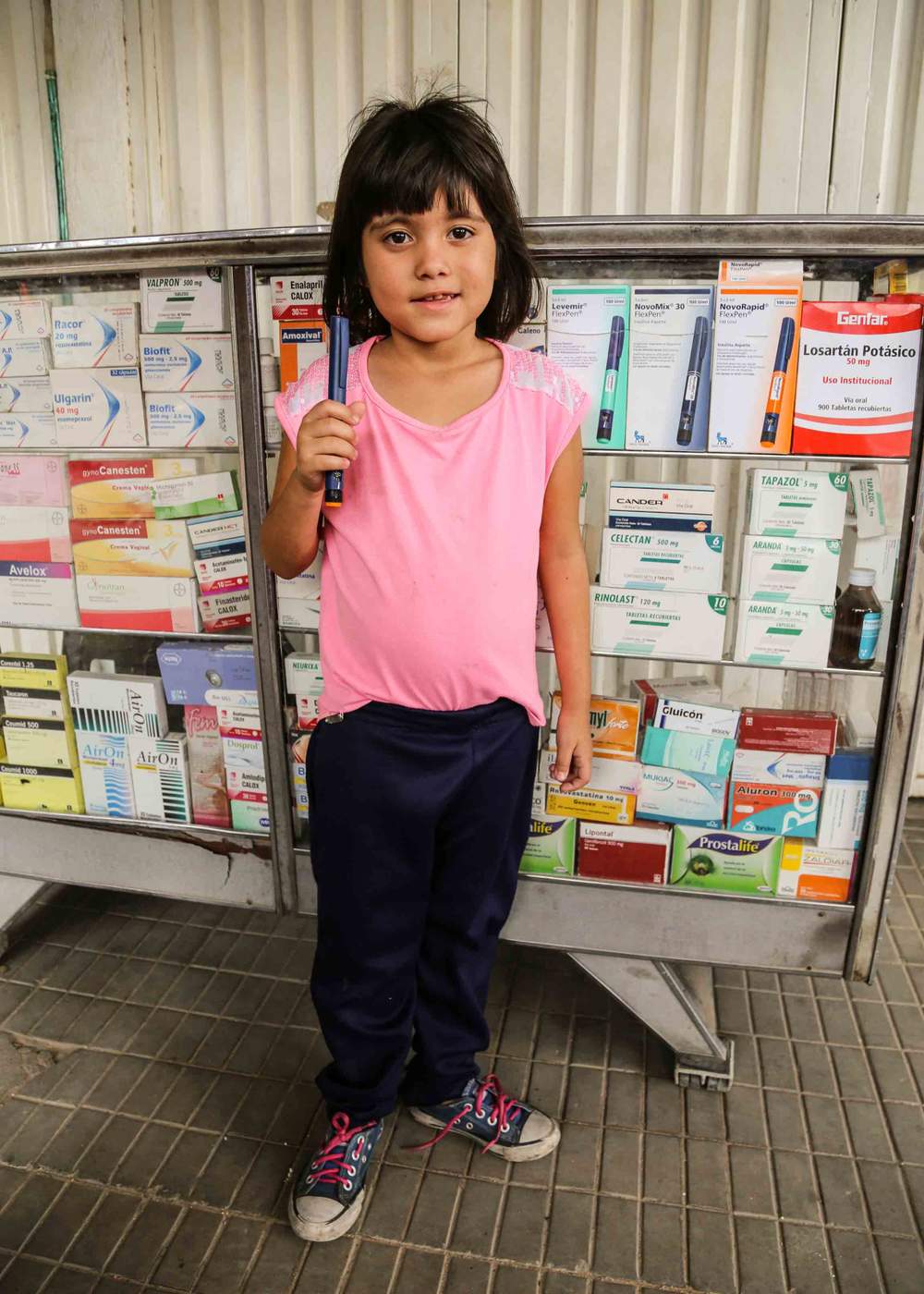 “It’s the first time I’ve done it,” she says with a mixture of nervousness and embarrassment. She’s come for the day from the town of Rubio, about an hour from the border.

Laura is selling her hair because her eldest daughter, eight-year-old Andrea, has diabetes and the family needs to raise money to pay for her insulin which she takes three times a day. The family has run out of supplies and it’s been three days since little Andrea last had her shots. Jhon’s salary as a saddler doesn’t always stretch to pay for his daughter’s drugs.

“There’s no medicine, it’s hard,” says Laura. “People are dying in Venezuela because they can’t get the medicines they need.”

After five minutes of cutting, the family heads off to find a pharmacy. At first glance you can’t tell Laura’s had most of her hair removed. The hair-cutter has left a thin layer of long hair on top to hide the truth. Laura admits she feels a bit sad.

“It will pay for something at least,” she says. Her husband Jhon says they’re looking for a “pirate” pharmacy – an informal stall that sells drugs in plastic cabinets on the street. Insulin pens will be cheaper there than in a walk-in drug store.