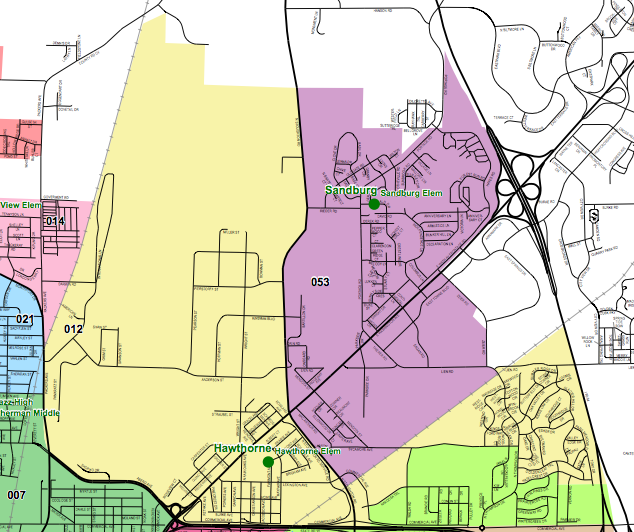 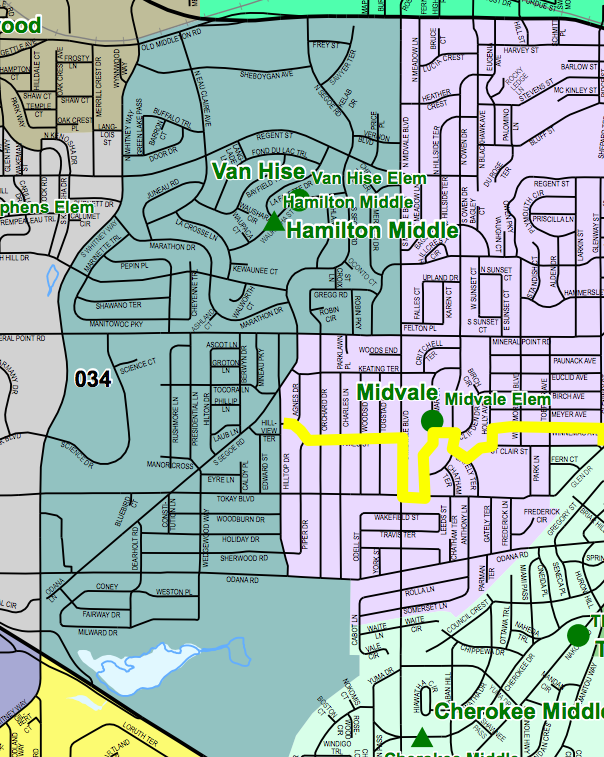 Flores also said when students and parents walk to their schools, it fosters family connections and relationships between families and school faculty.

“If (any) boundary changes obstruct from that, then I’m against that,” said Flores, who also said he supports asking voters for money to expand crowded schools and improve aesthetics. “If we allowed that big of a gap to happen to our own houses, our community would look dilapidated.”

Strong said the neighborhood school concept could benefit the Allied Drive area, where students — predominantly from low-income families — do not attend the same schools.

“A neighborhood school in that area is something we should look at because you do have these kids that are being bused to all these different schools,” he said.

I invite readers to review the District’s current boundaries [2.5MB PDF] vis a vis “walkability”. I continue to be astonished that the community apparently supports such a wide range of low income population across our schools.