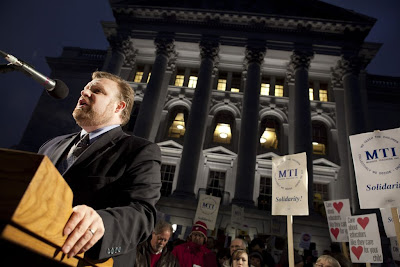 For Wisconsin, we only need two:
Raise our state’s per capita income to 10 percent above Minnesota’s by 2030.
In job and business creation over the next decade, Wisconsin is often predicted to be among the lowest 10 states. When I was a kid growing up in Madison, income in Wisconsin was some 10 percent higher than in Minnesota. Minnesota caught up to us in 1967, and now the average Minnesotan makes $4,500 more than the average Wisconsinite.
Lift the math, science and reading scores of all K-12, non-special education students in Wisconsin above world-class standards by 2030. (emphasis added)
Wisconsinites often believe we lose jobs because of lower wages elsewhere. In fact, it is often the abundance of skills (and subsidies and effort) that bring huge Intel research and development labs to Bangalore, Microsoft research centers to Beijing, and Advanced Micro Devices chip factories to Dresden.

Grow the economy (tax base) and significantly improve our schools….