Jim Rendon: It’s opening day at the Whittle School and Studios, a brand-new pre-K-through-12 private school in Northwest Washington founded by Chris Whittle, the Coca-Cola-sipping man at the curb. Four years in the making, the school and its 185 enrollees represent the first phase of a global institution that Whittle plans to expand over the … END_OF_DOCUMENT_TOKEN_TO_BE_REPLACED 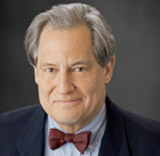 I recently spoke with Chris regarding his interest and activism in the education world.
I was particularly interested in his views on the glacial pace of change in our largely monolithic education system, his education reform”scorecard”, the Edison Project (now EdisonLearning) and Chris’s latest creation: Avenues “The World School”.
Whittle’s voice of experience on the glacial pace of education reform is one of the most astute observations I’ve heard, one that is molded by an entrepreneur.
The interview is available as an 45mb mp3 audio file, or via this transcript.
I am thankful for his time and wish Chris and Avenues the best. 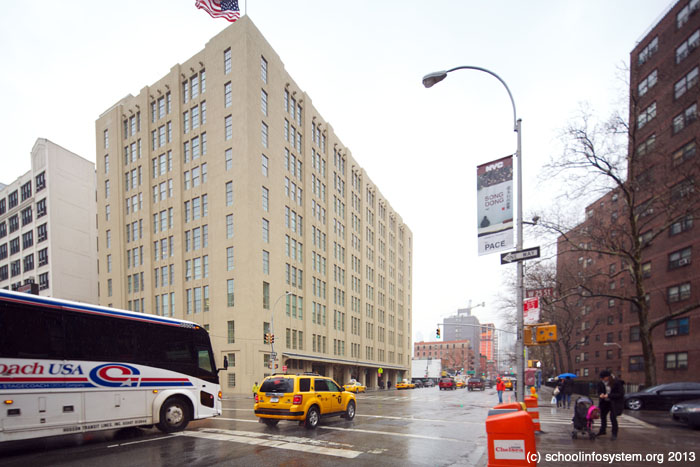 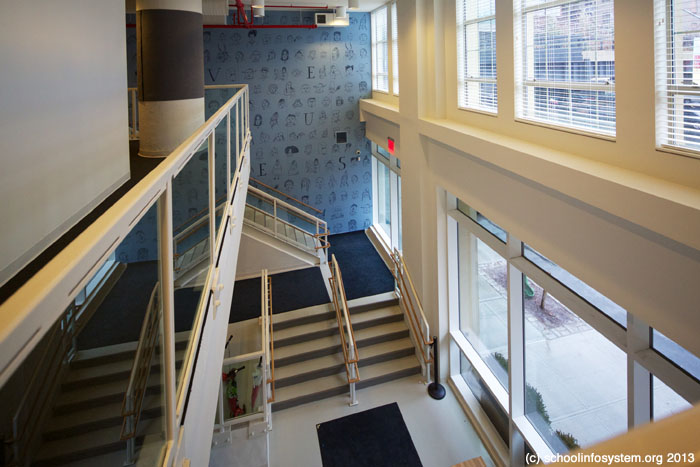 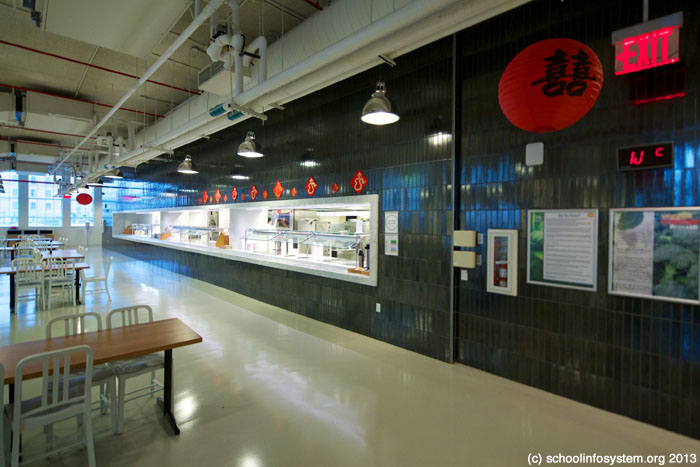 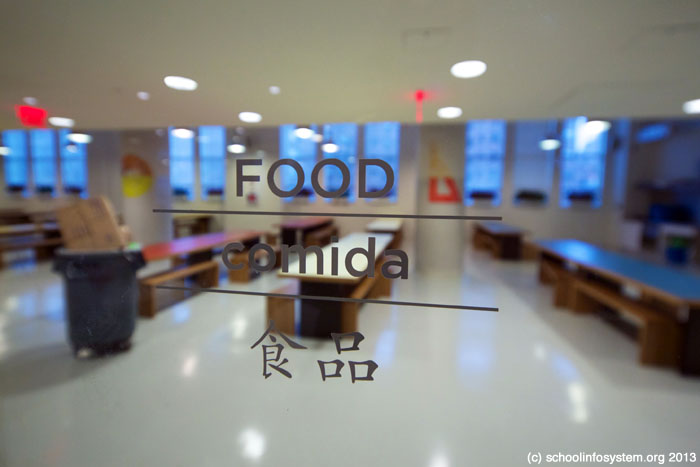 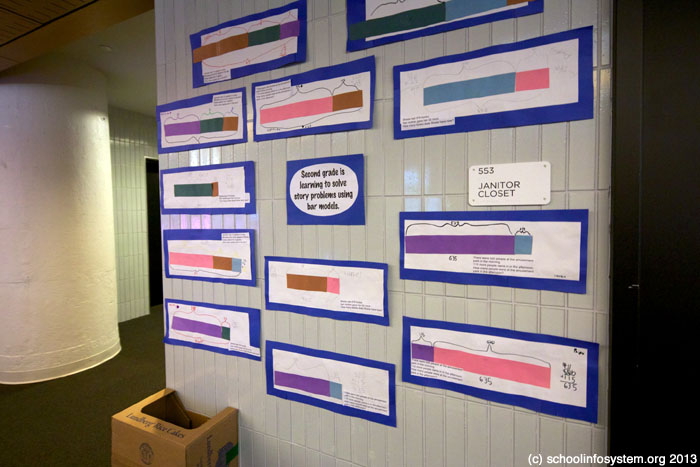 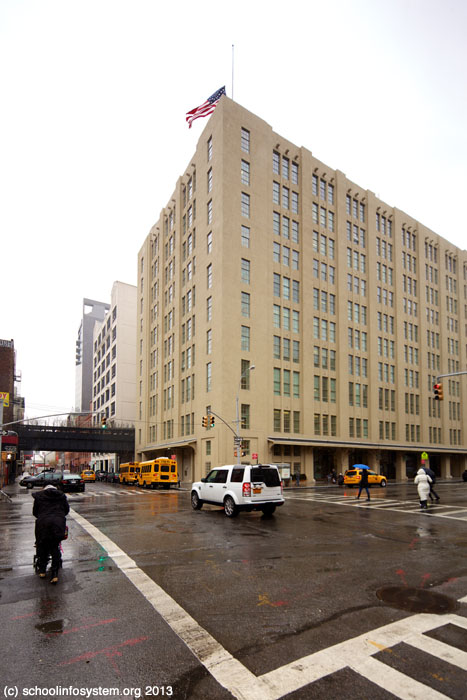 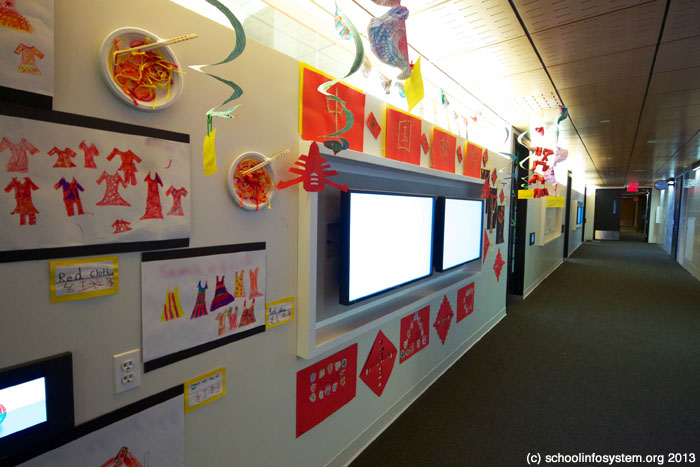 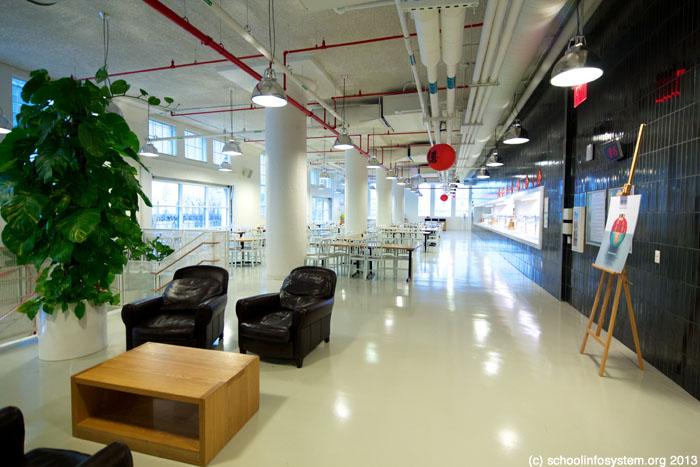 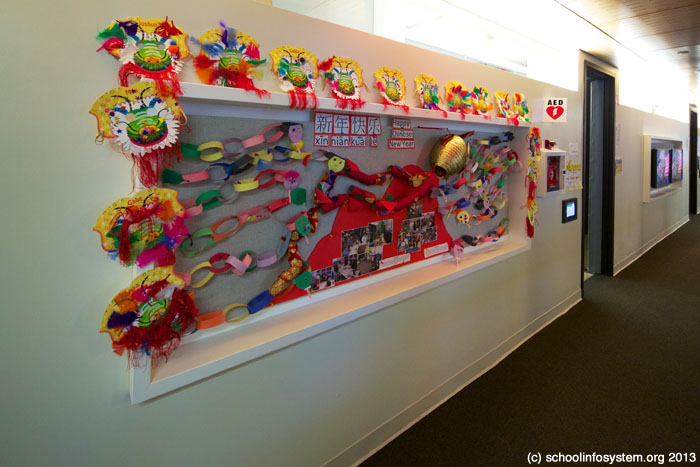 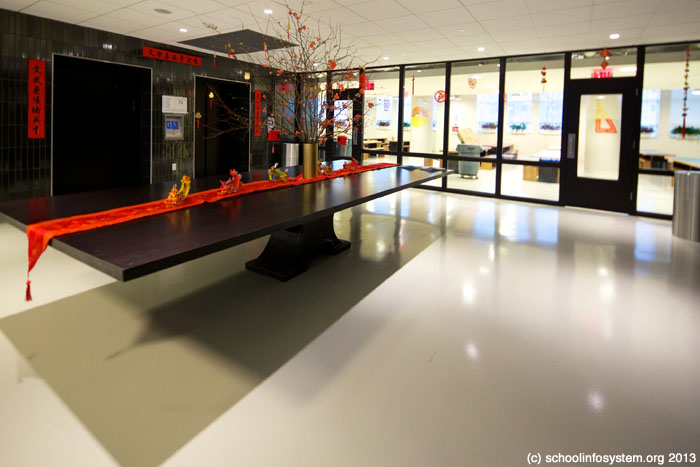 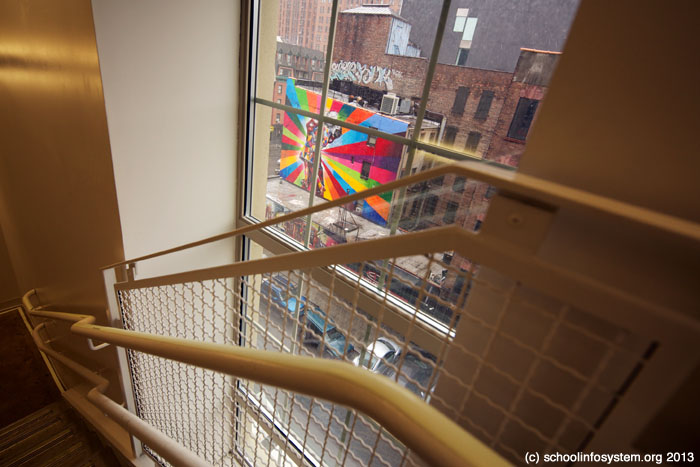 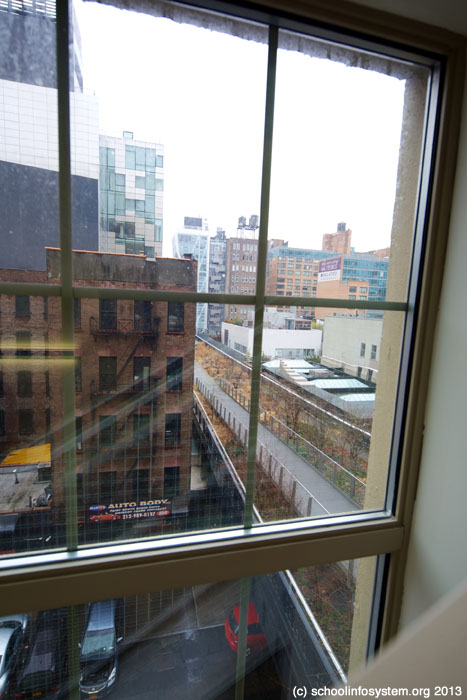 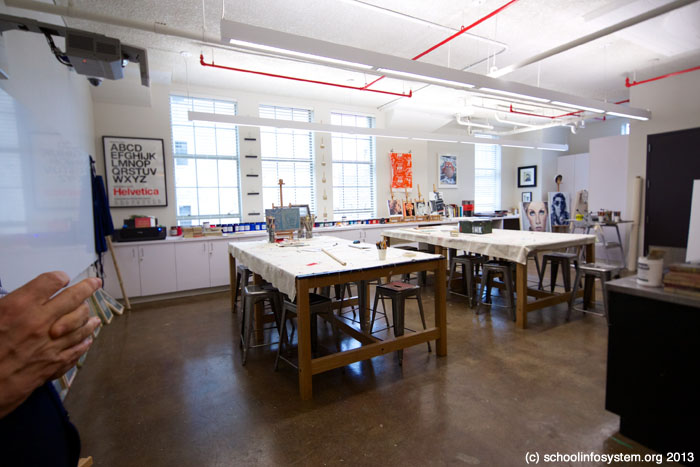 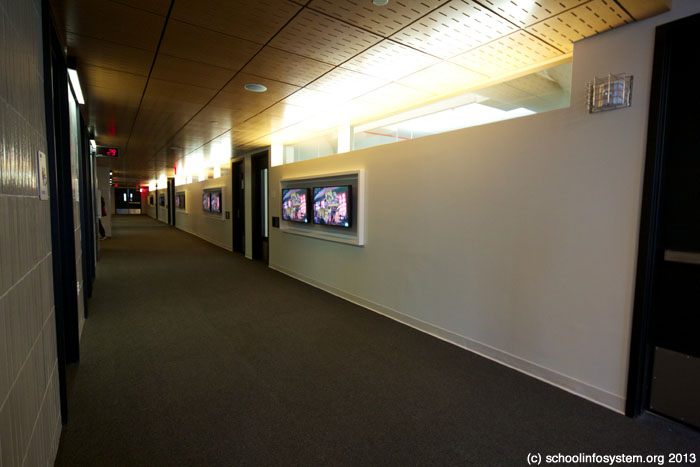 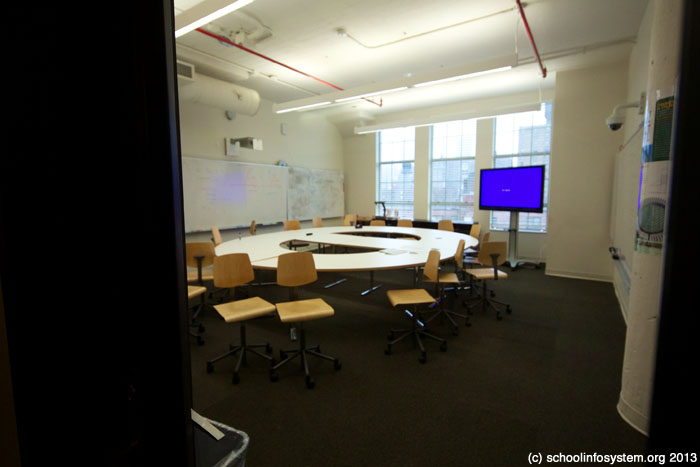 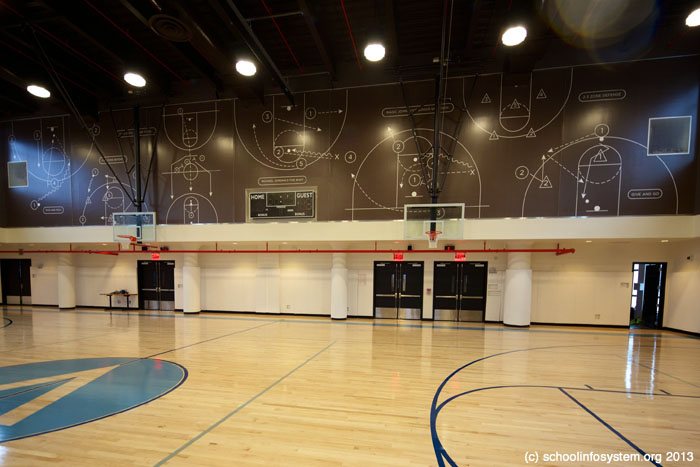 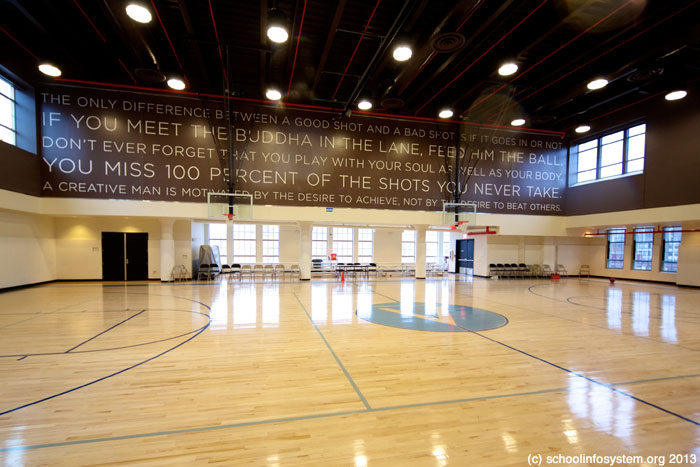 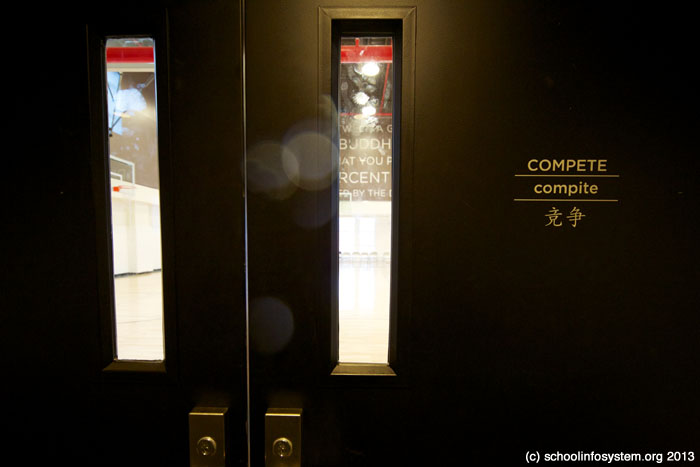 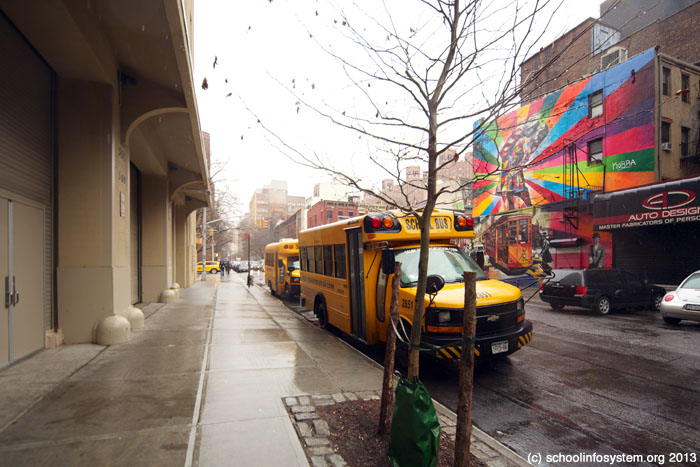 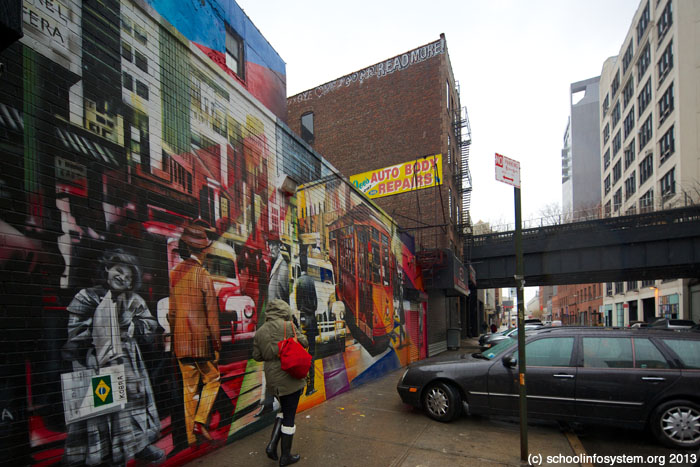 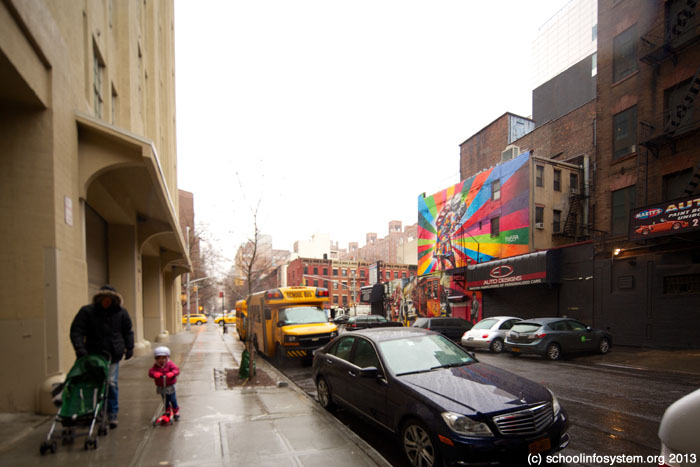 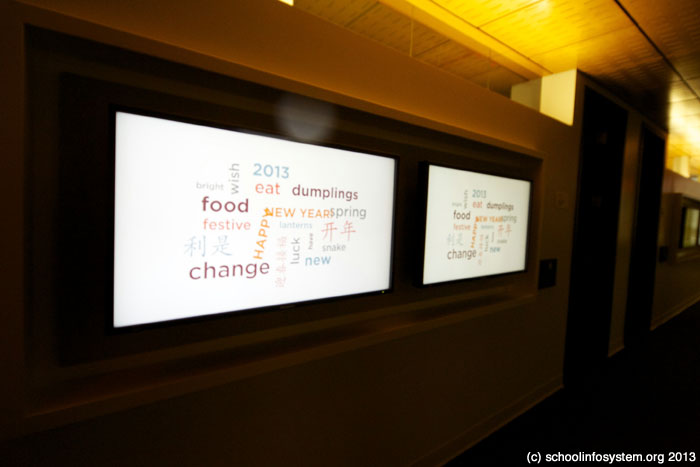 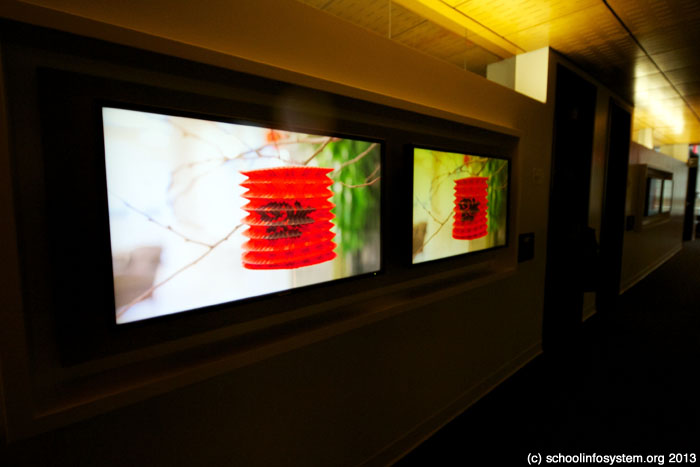 Learn more about Avenues via their website, Twitter and this recent Chris Whittle interview.
Related: How Do You Say “Early Admission” in Mandarin?
The first of a new breed of elite private school opens its doors
The Best School $75 Million Can Buy:


Equipping pupils to prosper in the global economy is at the core of the Avenues curriculum, which has been developed by various experts including some from Harvard’s School of Education. Mr Whittle thinks that even America’s best private schools have a “stale” curriculum in this respect, especially when it comes to foreign languages, which often are not taught until pupils are 11. From the day they enter kindergarten at Avenues, pupils will be taught half their lessons in a foreign tongue, either Mandarin or Spanish–an “immersion” process that Mr Whittle reckons will make every pupil fully bilingual within seven years.

What’s Mandarin for “School’s out”?
THE first time he tried to create the “next generation of schools”, back in the early 1990s, Chris Whittle’s focus was on improving the education of the poorest pupils in America’s worst-performing public schools. Although in doing so the perennially bow-tied entrepreneur from Tennessee helped pioneer the charter-school movement, his Edison Project ultimately failed to thrive as a business. Now, with Benno Schmidt and Alan Greenberg, he is trying to reinvent education for bright, rich kids. On September 10th “Avenues: The World School“, the first of a planned global network, will welcome 700 pupils into a lavishly converted warehouse next to Manhattan’s popular High Line park. Their parents will typically pay just under $40,000 a year (in line with New York’s established top-tier private schools), having been promised cutting-edge technology and everything else to match.
Getting this far has not been easy for Mr Whittle, who says he has had to become “one third educator, one third real-estate developer, and one third investment banker.” After conceiving the idea in 2007 of creating a chain of similar schools in the world’s leading cities, the financial crisis robbed him of funding, a business partner and the intended first Manhattan site. Eventually he raised the $75m needed to get the first school up and running, found another site, and then toured the world to recruit staff and pupils. Many of the teaching staff have previously worked at other elite east-coast private schools, including Phillips Exeter, Hotchkiss and Dalton. (Even more gratifying than the 2,600 applications to attend Avenues were the 4,900 applications it received to teach there, says Mr Whittle.)

How do you sell a school that doesn’t exist?
If you are Chris Whittle, an educational entrepreneur, you gather well-to-do parents at places like the Harvard Club or the Crosby Hotel in Manhattan, hoping the feeling of accomplishment will rub off. Then you pour wine and offer salmon sandwiches and wow the audience with pictures of the stunning new private school you plan to build in Chelsea. Focus on the bilingual curriculum and the collaborative approach to learning. And take swipes at established competitors that you believe are overly focused on sending students to top-tier colleges. Invoke some Tiger-mom fear by pointing out that 200,000 Americans are learning Chinese, while 300 million Chinese have studied English.
Then watch them come.
As of June 15, more than 1,200 families had applied for early admission to Avenues: The World School, a for-profit private school co-founded by Mr. Whittle that will not open its doors until September 2012. Acceptance letters go out this week. Gardner P. Dunnan, the former head of the Dalton School and academic dean and head of the upper school at Avenues, said he expected 5,000 applicants for the 1,320 spots available from nursery through ninth grade. “You have to see the enthusiasm,” Mr. Whittle crowed.

Nick Anderson: Educational entrepreneur Chris Whittle, the school’s chairman and chief executive, said the $187 million project has all the approvals required under federal law and does not need a building permit from the city. The building is on land the federal government owns and oversees under a 1968 law related to development of foreign … END_OF_DOCUMENT_TOKEN_TO_BE_REPLACED

Nick Anderson: An education company backed by U.S. and Chinese investors is launching a global private school for students ages 3 to 18, with the first two campuses scheduled to open next year in Washington and the Chinese coastal city of Shenzhen. Whittle School & Studios will offer foreign-language immersion — Chinese in the United … END_OF_DOCUMENT_TOKEN_TO_BE_REPLACED

Jon Boone: Two of the world’s most buccaneering education entrepreneurs have teamed up to build 60 multimillion-dollar schools in big cities across the world. The network of high-end international schools will cater to the children of bankers, diplomats and executives who have to regularly uproot their families. With annual fees between $15,000 and $40,000, depending … END_OF_DOCUMENT_TOKEN_TO_BE_REPLACED

Chris Whittle: Quiz: Of the 10 largest school systems, which have made the best gains in student scores? Answer: Philadelphia and New York. Between 2002 and 2005 for grades K-8, Philly gained 19.5 points in proficiency on the state assessment system, while NYC schools posted a 13-point increase on state exams. Even if you normalize … END_OF_DOCUMENT_TOKEN_TO_BE_REPLACED

Chris Rickert: Finances are always a consideration; they can also be an excuse. The district has cried poor at budget time for years, and yet somehow continued to find the money to, say, cover the full cost of union employees’ health insurance. Board member Ed Hughes said he wouldn’t vote for Madison Prep because the … END_OF_DOCUMENT_TOKEN_TO_BE_REPLACED

The ill-fated charter school Madison Preparatory Academy would have cost Madison School District taxpayers about $17.5 million over five years to start addressing the district’s long-standing minority and low-income achievement gaps.
The achievement gap plan introduced by former superintendent Dan Nerad shortly after Madison Prep crashed and burned would have cost about $105 million over five years. Before being adopted, it was whittled down to about $49 million.
And the so-called “strategic framework” proposed last week by new superintendent Jennifer Cheatham?
Nada.
“The really exciting news is we have all the ingredients to be successful,” she told this newspaper.
No doubt that could be thinking so wishful it borders on delusion or, worse, code for “we’re not really all that interested in closing the gap anyway.” But it could also be a harbinger of real change.
“The framework isn’t meant to be compared to the achievement gap plan,” district spokeswoman Rachel Strauch-Nelson said. It’s “not about an array of new initiatives with a big price tag” but about focusing “on the day-to-day work of teaching and learning” and “what we know works.”

Related: The Dichotomy of Madison School Board Governance: “Same Service” vs. “having the courage and determination to stay focused on this work and do it well is in itself a revolutionary shift for our district”..