Fewer than half of high school juniors in Wisconsin are considered college-ready in core subjects, based on the latest round of ACT test results, according to a new analysis released Friday by the nonpartisan Wisconsin Policy Forum.

And the percentage of students who met that benchmark has declined in every subject but one since the state began requiring the test in the 2014-15 school year, it said.

“The data clearly indicate that being able to read is not a requirement for graduation at (Madison) East, especially if you are black or Hispanic”

“As with other standardized tests — including the Wisconsin Forward Exam and the [NAEP] — the ACT data show significant gaps among students along racial, ethnic and socioeconomic lines.” https://t.co/VaCLMFVP0i 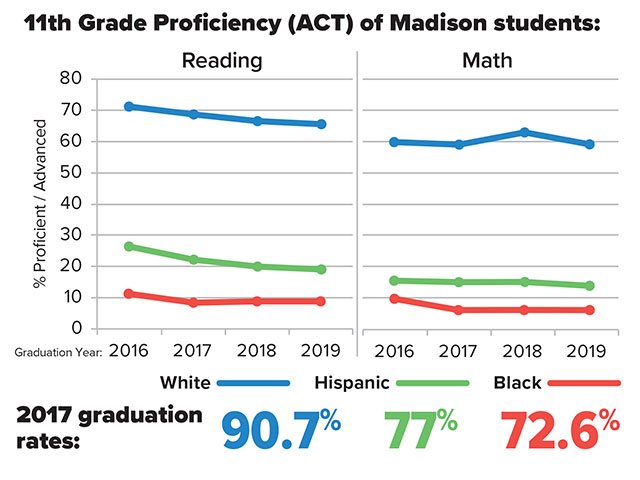 via Yes, they graduated, but can they read?. Madison school district touts graduation rates, but academic proficiency in question.