Who was its creator? Schulz seems to have been Protestant to the core, in the old-fashioned sense. He was quiet, decent, thoughtful, modest and so hard-working that he didn’t like holidays. He grew up in Minnesota in the US: one of those states with hot summers and cryogenic winters, which doesn’t have many dots on it when you see it on a map. He served with the US Army in Europe during World War Two (“the army taught me all I needed to know about loneliness”). He loved hockey and ice skating so much that when he moved to California later in life he built a skating arena in his town. For a prophet of self-doubt, he formulated and drew his strips with remarkable decisiveness, preferring to put ink directly to paper as he went. Oh, and when he was young he had a dog called Spike who became the immortal god Snoopy. Blessed be his name.

Explore the Tokyo’s Snoopy Museum in the amuz app (amuzapp.com): 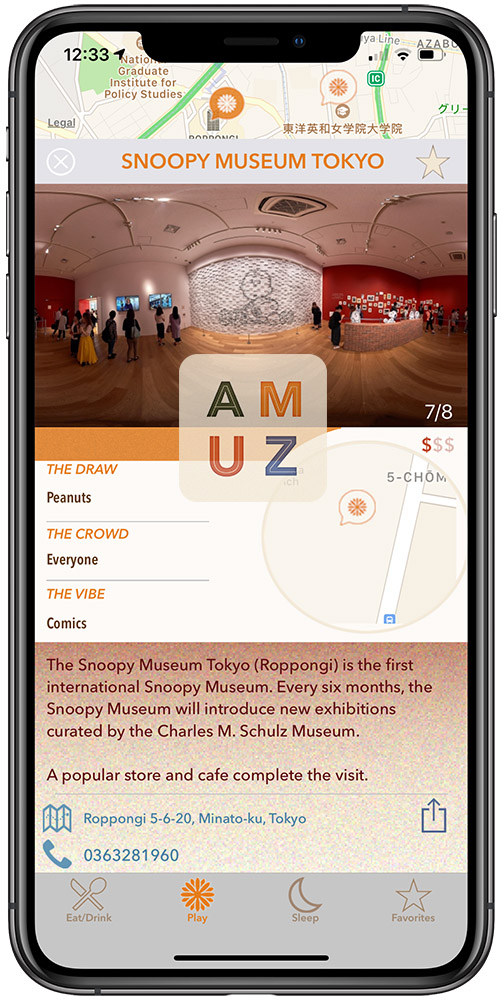