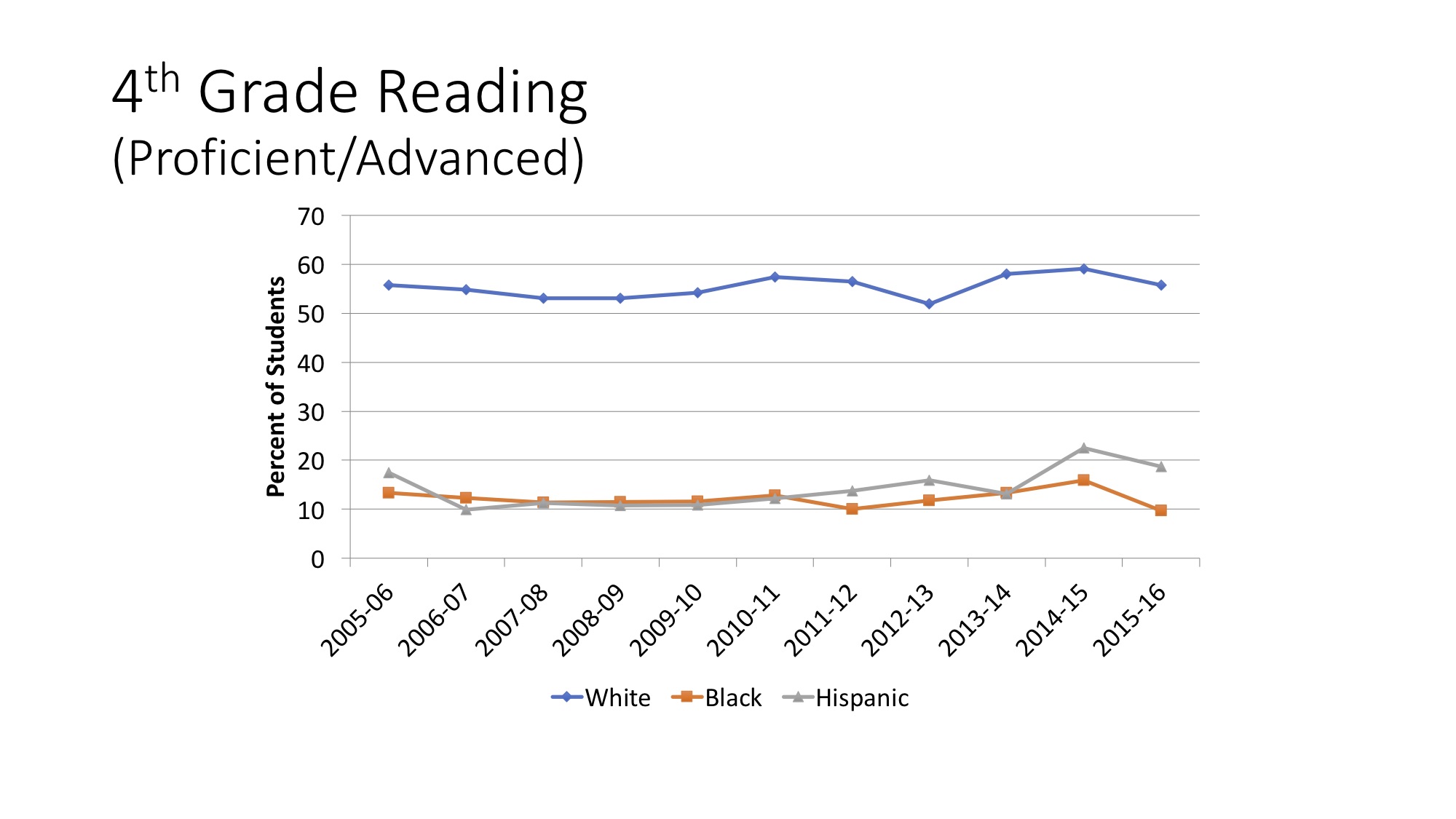 On November 7, Superintendent Art Rainwater made his annual report to the Board of Education on progress toward meeting the district’s student achievement goal in reading. As he did last fall, the superintendent made some interesting claims about the district’s success in closing the academic achievement gap “based on race”.
According to Mr. Rainwater, the place to look for evidence of a closing achievement gap is the comparison of the percentage of African American third graders who score at the lowest level of performance on statewide tests and the percentage of other racial groups scoring at that level. He says that, after accounting for income differences, there is no gap associated with race at the lowest level of achievement in reading. He made the same claim last year, telling the Wisconsin State Journal on September 24, 2004, “for those kids for whom an ability to read would prevent them from being successful, we’ve reduced that percentage very substantially, and basically, for all practical purposes, closed the gap”. Last Monday, he stated that the gap between percentages scoring at the lowest level “is the original gap” that the board set out to close.
Unfortunately, that is not the achievement gap that the board aimed to close.