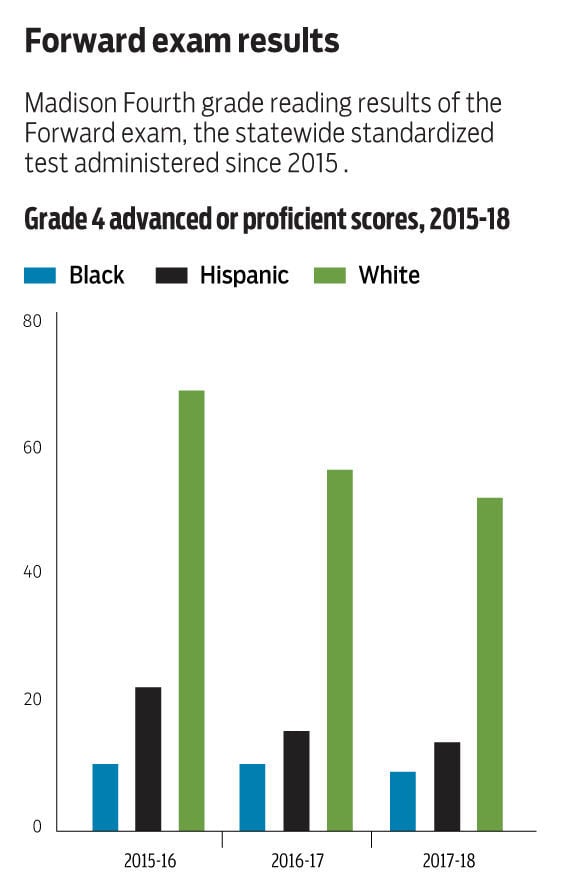 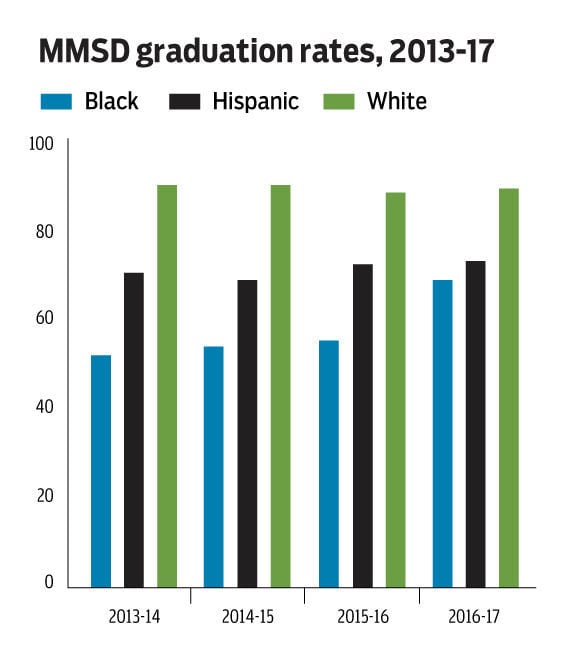 To make their point, the couple traced reading and math proficiency rates for the class of 2017 through the years, finding that the black and Hispanic cohorts saw little if any improvements between grades three to 11 and trailed white students by as many as 50 percentage points.

“Both of these things suggest to us that the district’s efforts to educate our minority students have failed (for whatever reason or reasons),” they wrote. “Nevertheless, we are finding ways to give these students high school diplomas. But what good is a high school diploma to a young person if they cannot read or do math?”

“Further, we need to hold those people and other school staff accountable for improving literacy in their student body — i.e., for increasing the percentage of students (in every demographic group) in their school who are reading at grade level,” they wrote.

In the Isthmus article, Henriques and Frost also accused the district of whitewashing data.

“We have long been frustrated by the way the district selectively compiles, analyzes, and shares student data with the community,” they wrote, adding, “For too many district administrators and school board members over the 20+ years we have been paying attention, making the district look good has been more important than thoroughgoing honesty about how our students are doing.”

Cheatham bristled at the criticism, maintaining that the district publicly posts all data, both favorable and unfavorable, and that there’s nothing wrong with publicizing good results.

“We’ll never hide our progress,” she said, “and it’s important to recognize the progress we have made, which is substantial.”

On November 7, Superintendent Art Rainwater made his annual report to the Board of Education on progress toward meeting the district’s student achievement goal in reading. As he did last fall, the superintendent made some interesting claims about the district’s success in closing the academic achievement gap “based on race”.
According to Mr. Rainwater, the place to look for evidence of a closing achievement gap is the comparison of the percentage of African American third graders who score at the lowest level of performance on statewide tests and the percentage of other racial groups scoring at that level. He says that, after accounting for income differences, there is no gap associated with race at the lowest level of achievement in reading. He made the same claim last year, telling the Wisconsin State Journal on September 24, 2004, “for those kids for whom an ability to read would prevent them from being successful, we’ve reduced that percentage very substantially, and basically, for all practical purposes, closed the gap”. Last Monday, he stated that the gap between percentages scoring at the lowest level “is the original gap” that the board set out to close.
Unfortunately, that is not the achievement gap that the board aimed to close.