Wisconsin’s stürm and drang over “Act 10” is somewhat manifested in Madison. Madison’s government schools are the only Wisconsin District, via extensive litigation, to still have a collective bargaining agreement with a teacher union, in this case, Madison Teachers, Inc.

The Madison School Board and Administration are working with the local teachers union on a new “Handbook”. The handbook will replace the collective bargaining agreement. Maneuvering over the terms of this very large document illuminates posturing and power structure(s) in our local government schools.

The Oversight group was able to come to agreement on all of the handbook language with the exception of one item, job transfer in the support units. Pursuant to the handbook development process, this item was presented to me for review and recommendation to the Board. My preliminary recommendation is as follows:

Superintendent Recommendation
That the language in the Handbook with regard to transfer state as follows: Vacancies shall first be filled by employees in surplus. The District has the right to determine and select the most qualified applicant for any position. The term applicant refers to both internal and external candidates for the position.

Employee Concern:
The existing promotional system already grants a high degree of latitude in selecting candidates, including hiring from the outside where there are not qualified or interested internal applicants. It also helps to develop a cadre of dedicated, career-focused employees.

September 24, 2015 Memo to the Madison government schools board of education from Superintendent Jennifer Cheatham:

To: Board of Education
From: Jennifer Cheatham, Superintendent of Schools
RE: Update to Handbook following Operations Work Group

The Operations Work Group met on Monday September 21, 2015. Members of the Oversight Group for development of the Employee Handbook presented the draft Employee Handbook to the Board. There was one item on which the Oversight Group was unable to reach agreement, the hiring process for the support units. Pursuant to the handbook development process, this item was presented to me for review and recommendation to the Board. There was discussion around this item during the meeting and, the Board requested that members of the Oversight Group meet again in an attempt to reach consensus.

Per the Board’s direction, District and employee representatives on the Oversight Group came together to work on coming to consensus on the one remaining item in the Handbook. The group had a productive dialog and concluded that with more time, the group would be able to work together to resolve this issue. Given that the Handbook does not go into effect until July1, 2016, the group agreed to leave the issue regarding the hiring process for the support units unresolved at this point and to include in the Handbook the phrase “To Be Determined” in the applicable sections. As such, there is no longer an open item. When you vote on the Handbook on Monday, the section on the “Selection Process” in the various addenda for the applicable support units will state “To Be Determined” with an agreement on the part of the Oversight Group to continue to meet and develop final language that the Board will approve before the Handbook takes effect in the 2016-17 school year. 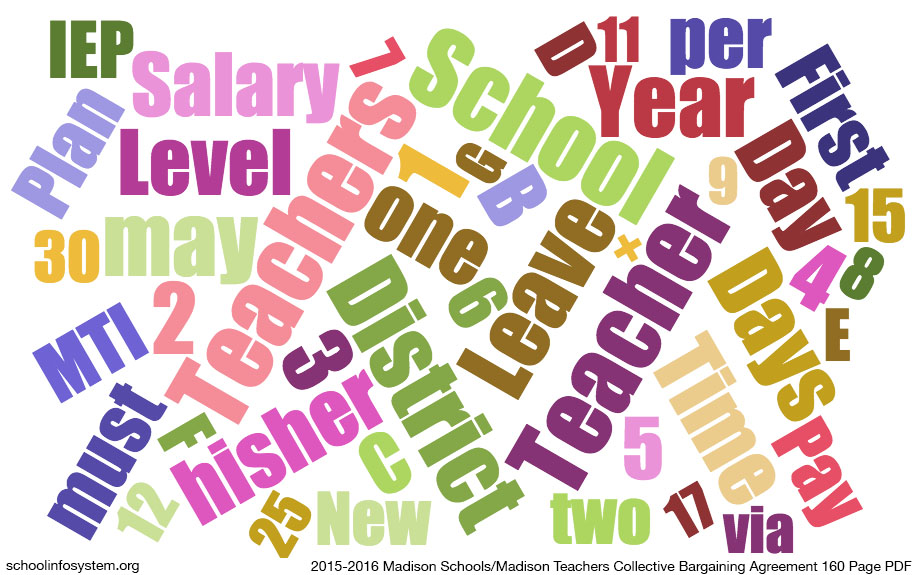 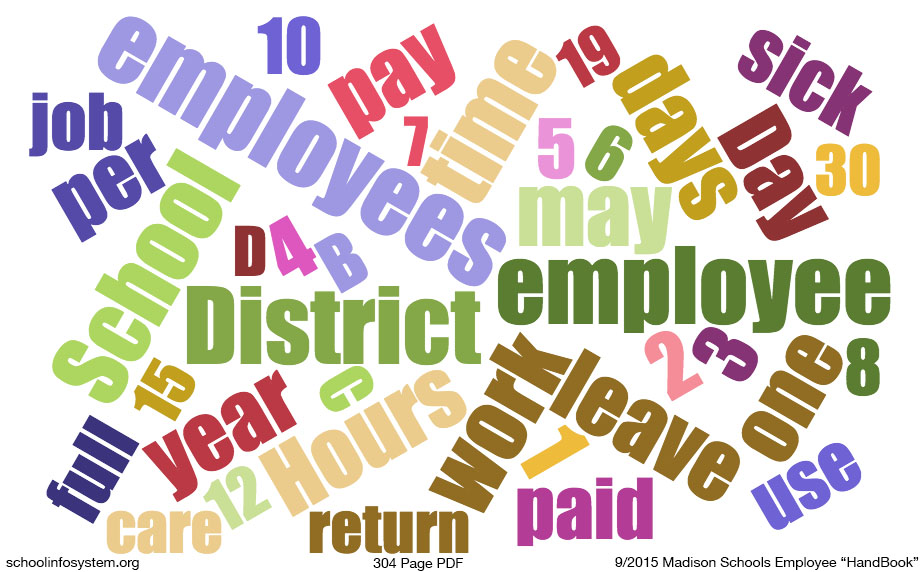 1. The Wisconsin Institute for Law and Liberty has filed suit to vacate the Madison government schools collective bargaining agreement with Madison Teachers, Inc.

3. The collective bargaining agreement has been used to prevent the development of non-Madison Government school models, such as independent charter, virtual and voucher organizations. This one size fits all approach was manifested by the rejection [Kaleem Caire letter] of the proposed Madison Preparatory Academy IB charter school.

5. Comparing Madison, Long Beach and Boston government school teacher union contracts. Current Superintendent Jennifer Cheatham has cited Boston and Long Beach government schools as Districts that have narrowed the achievement gap. Both government districts offer a variety of school governance models, which is quite different than Madison’s long-time “one size fits all approach”. 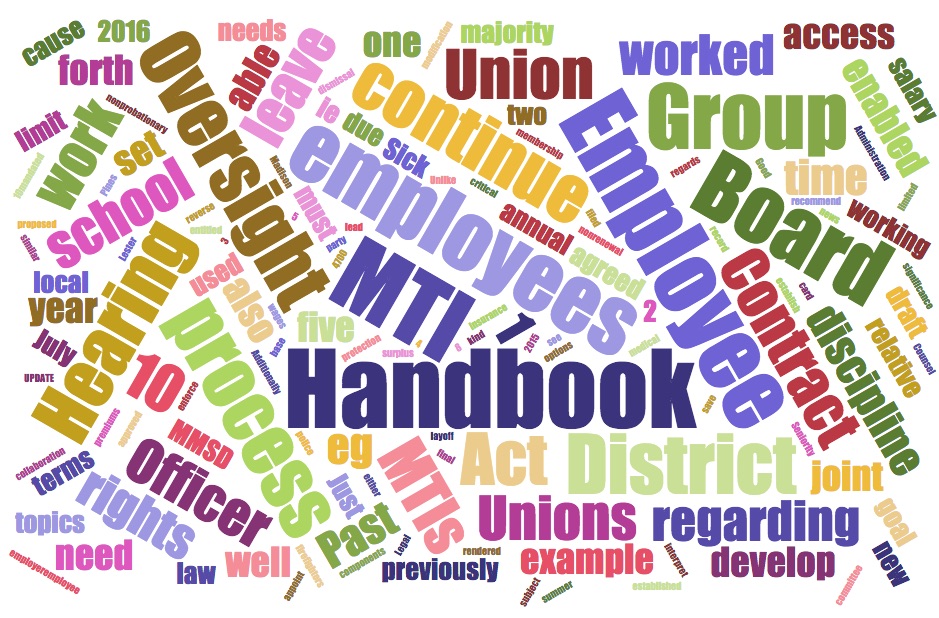 9. A rather astonishing quote:

“The notion that parents inherently know what school is best for their kids is an example of conservative magical thinking.”; “For whatever reason, parents as a group tend to undervalue the benefits of diversity in the public schools….”