Madison property owners will soon be able to pay their taxes in four installments, beginning with the 2014 tax bill coming in December.

The Mayor’s Office said on Tuesday the four-payment plan could help taxpayers avoid penalties by spreading out the taxes owed over a seven-month period.

“At the height of the recession, the city’s delinquency rate was over twice the historical average,” said Mayor Paul Soglin in a news release.

“Even today, delinquencies are 30 percent more than what we would expect,” Soglin said. “We hope offering the four installment option will help some of our property owners avoid the considerable penalties incurred when you go delinquent on their taxes.”

Taxpayers up to now had two options in Madison: Pay the full amount by Jan. 31, or in two installments, due Jan. 31 and July 31 (the two installment plan will no longer be used.)

Madison / Dane County property taxes among the highest in Wisconsin.

Middleton’s property taxes are 16% lower than Madison’s for a similar home. 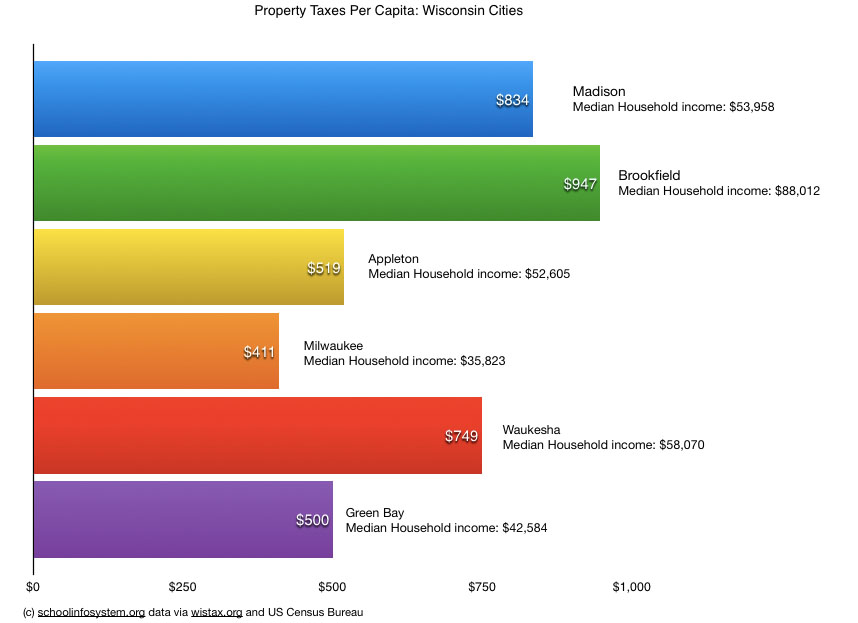