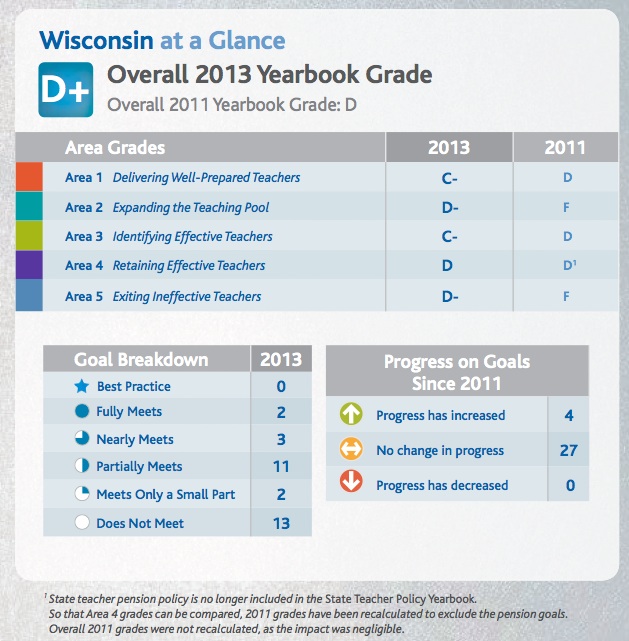 After receiving a grade of D in 2009 and 2001, Wisconsin has risen to a D+ on the 2013 State Teacher Policy Yearbook released by the National Council on Teacher Quality.
In the area of producing effective teachers of reading, Wisconsin received a bump up for requiring a rigorous test on the science of reading. The Foundations of Reading exam will be required beginning January 31, 2014.
Ironically, Wisconsin also scored low for not requiring teacher preparation programs to prepare candidates in the science of reading instruction. We hope that will change through the revision of the content guidelines related to elementary licensure during a comprehensive review process that is underway at DPI this winter and spring.