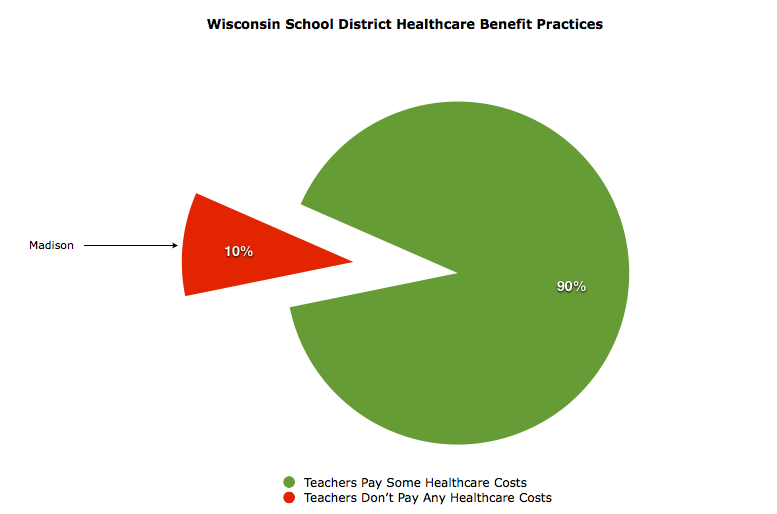 The Madison School District won an historic concession from its teachers union over the last two years — the ability to require that teachers pay part of their health insurance premiums.
It came as the district was quickly extending union contracts before a law eliminating most collective bargaining rights took effect, and again while that law was held up in court.
But now as the district goes about crafting a 2013-14 budget that — among other cost-savings measures — reduces maintenance spending, freezes equipment budgets and includes no money for new efforts to close the district’s achievement gap, it doesn’t appear there’s much interest in implementing the concession.
The budget proposal from new Superintendent Jennifer Cheatham doesn’t subject teachers to health insurance premiums, and that’s fine with School Board President Ed Hughes.
“Because of our recent transitions, this was not the budget to take up significant changes to our structure of salary and benefits,” he said in an email. “I and other board members are looking forward to an in-depth review of salary and benefit levels as part of next year’s budget, when we’ll have the benefit of input from Jen Cheatham and (assistant superintendent for business services) Mike Barry, as well as from our affected teachers and staff. I’m sure that health insurance contributions will be part of that discussion.”
“Recent transitions” didn’t keep Cheatham from proposing changes to the district’s salary schedules, though.

Madison’s expensive approach to healthcare benefits are not a new subject.
Much more on the Madison School District’s 2013-2014 plans for spending and property tax increases, here.
Mr. Hughes in 2005