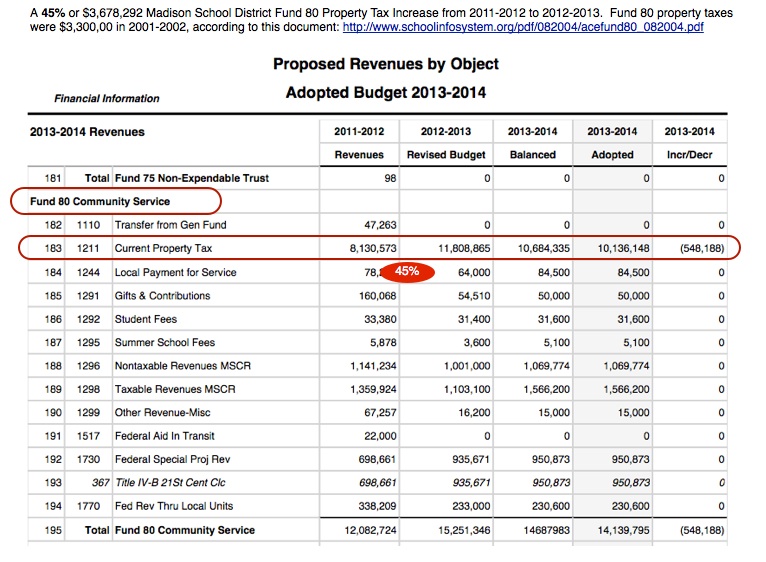 Work will begin on the 2014-15 early this fall. The process will be zero-based, and every line item and FTE will be carefully reviewed to ensure that resources are being used efficiently. The budget development process will also include a review of benefit programs and procurement practices, among other areas.

One hopes that programs will indeed be reviewed and efforts focused on the most urgent issues, particularly the District’s disastrous reading scores.
Ironically, the recent “expert review” found that Analysis: Madison School District has resources to close achievement gap. If this is the case (and I agree with their conclusion – making changes will be extraordinarily difficult), what are students, taxpayers and citizens getting for the annual tax & spending growth?
I took a quick look at property taxes in Middleton and Madison on a $230,000 home. A Middleton home paid $4,648.16 in 2012 while a Madison home paid 16% more, or $5,408.38.