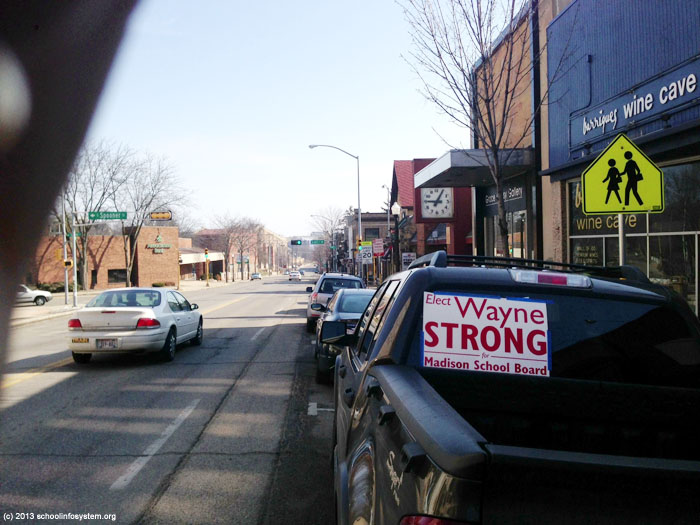 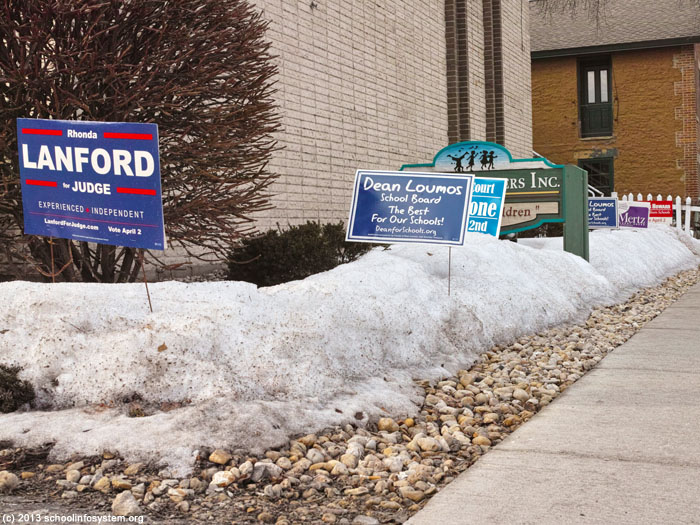 The results of the Seat 3 match-up between Loumos and Strong won’t be known until next week. Loumos held a 279-vote margin with all wards reporting early Wednesday, but Dane County Clerk Scott McDonell told the Wisconsin State Journal that there were potentially hundreds of absentee ballots yet to be counted.
The shocking withdrawal just after the Seat 5 primary of Sarah Manski, the candidate of the local progressive establishment, pushed third place finisher, Latina Ananda Mirilli, off the ballot and set up a disturbing tension between the local progressive community and communities of color. Kaleem Caire, CEO of the Urban League of Greater Madison and architect of the controversial Madison Preparatory Academy, used the occasion to resurrect some of the divisive stands around the proposed charter school for African-American students that was rejected in 2011 by the School Board.
Loumos, in addition to backing from unions like Madison Teachers Inc, AFSCME and South Federation of Labor AFL-CIO, also boasted an array of the progressive endorsements that usually win races in Madison: Progressive Dane, Four Lakes Green Party, Fair Wisconsin PAC.
But he insisted Tuesday that that tension between progressives and communities of color wasn’t a factor in his race, in part because he doesn’t have the profile for it.
Loumos has worked for decades with people struggling at the edges of society, many of them black and Latino. Currently executive director of a nonprofit agency that provides housing for homeless people, he used to teach in Madison School District programs for kids who were faltering.

But the race between Dean Loumos, executive director of Housing Initiatives Inc., and retired Madison Police lieutenant Wayne Strong remained too close to call.
Loumos held a 279-vote margin with all wards reporting, but Dane County Clerk Scott McDonell said there were potentially hundreds of absentee ballots yet to be counted. Those won’t all be counted by the canvassing board until next Tuesday, due to a recent change in state law, McDonell said.
Strong said he would wait to make a decision about whether to seek a recount. Loumos said he respected Strong’s position and he didn’t declare victory.

Much more on the 2013 Madison School Board election, here.