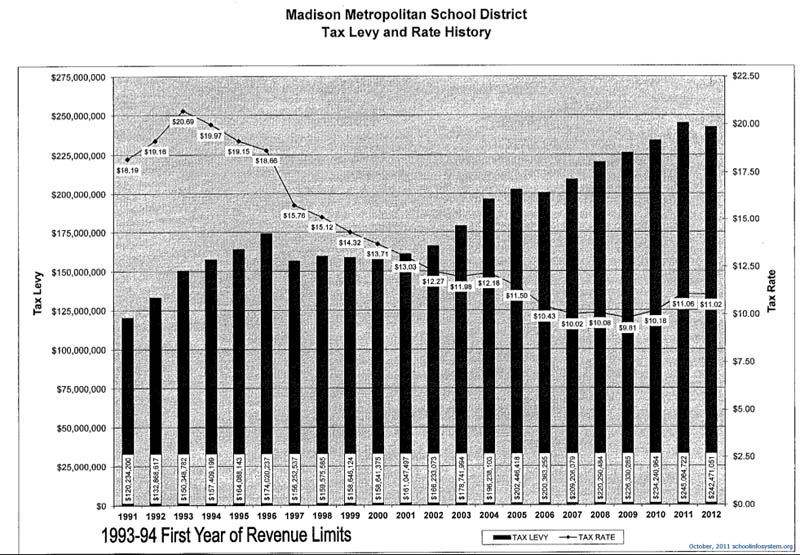 2011-2012 Revised Budget 1.3MB PDF (Budget amendments document). District spending remains largely flat at $369,394,753, yet “Fund Equity“, or the District’s reserves, has increased to $48,324,862 from $22,769,831 in 2007 (page 24). The District’s property tax “underlevy” (increases allowed under Wisconsin school revenue limits which are based on student population changes, successful referendums along with carve-outs such as Fund 80, among others) will be $13,084,310. It also appears that property taxes will be flat (page 19) after a significant 9% increase last year. Interestingly, MSCR spending is up 7.97% (page 28).
2011-2012 enrollment is 24,861. $369,394,753 planned expenditures results in per student spending of $14,858.40.
I welcome clarifications and updates to these numbers, which are interesting. We’ve seen a doubling of District reserves over the past few years while spending has remained relatively flat as has enrollment.
Finally, this is worth reading in light of the District’s 2011-2012 numbers: Madison Superintendent Dan Nerad Advocates Additional Federal Tax Dollar Spending & Borrowing via President Obama’s Proposed Jobs Bill.