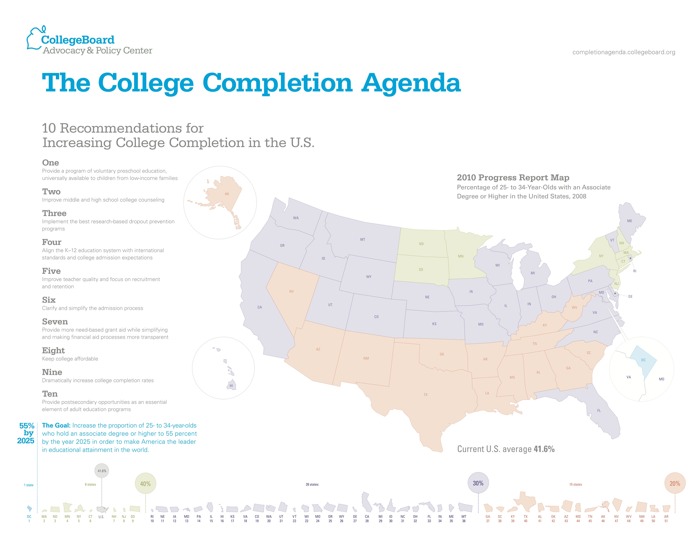 Adding to a drumbeat of concern about the nation’s dismal college-completion rates, the College Board warned Thursday that the growing gap between the United States and other countries threatens to undermine American economic competitiveness.
The United States used to lead the world in the number of 25- to 34-year-olds with college degrees. Now it ranks 12th among 36 developed nations.
“The growing education deficit is no less a threat to our nation’s long-term well-being than the current fiscal crisis,” Gaston Caperton, the president of the College Board, warned at a meeting on Capitol Hill of education leaders and policy makers, where he released a report detailing the problem and recommending how to fix it. “To improve our college completion rates, we must think ‘P-16’ and improve education from preschool through higher education.”

One thought on “Once a Leader, U.S. Lags in College Degrees; Wisconsin Ranks 23rd”