To maintain the competitiveness of America’s workforce and ensure that U.S. students are prepared to succeed in college, states increasingly are recognizing the importance of offering a rigorous, common education curriculum that includes Advancement Placement (AP) courses. A new report from the NGA Center for Best Practices (NGA Center) titled Raising Rigor, Getting Results: Lessons Learned from AP Expansion, has demonstrated that it is possible for states to raise rigor and get results at scale by increasing student access to AP courses.
The report looks at the efforts of six states–Alabama, Georgia, Kentucky, Maine, Nevada and Wisconsin–that received funding as part of the NGA Center’s Advanced Placement Expansion project toincrease the participation of minority and low-income students in AP courses at 51 pilot high schools in rural and urban school districts.
“Nationwide, hundreds of thousands of smart, ambitious students have the ability, but lack the opportunity, to get a head start on college through AP courses,” said John Thomasian, director of the NGA Center. “With nearly two-thirds of jobs in 2014 expected to require at least some college, this report demonstrates that increasing students’ participation in challenging coursework bolsters their ability to compete in a highly skilled, 21st century workforce.” 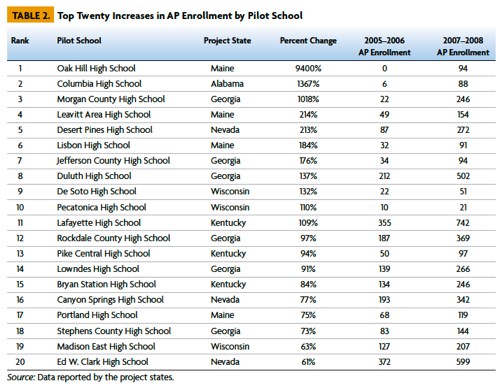 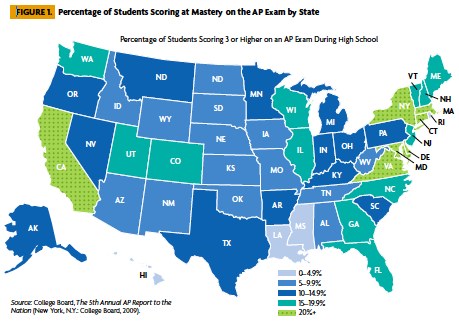