Unless you have a kid in the Madison schools, many of the issues discussed by the four Madison school board candidates in our weekly Take-Home Test may not strike a familiar chord.

That’s why we asked our schools reporter Jason Shepard to provide an overview in this week’s Isthmus of the trends buffeting the 24,000-student district. The cover story is: The Fate of the Schools: Will the Madison district sink or swim? April 4th elections could prove pivotal.

As you’ll read, the growing number of poor students, decreased state funding and nasty board infighting provide a sobering context for the election.

Shepherd has written the definitive piece for the April 4, 2006 election. Pick up the current Isthmus and have a look or view the article online here. I’ve placed two charts from the article below (click continue reading….. if you don’t see them). 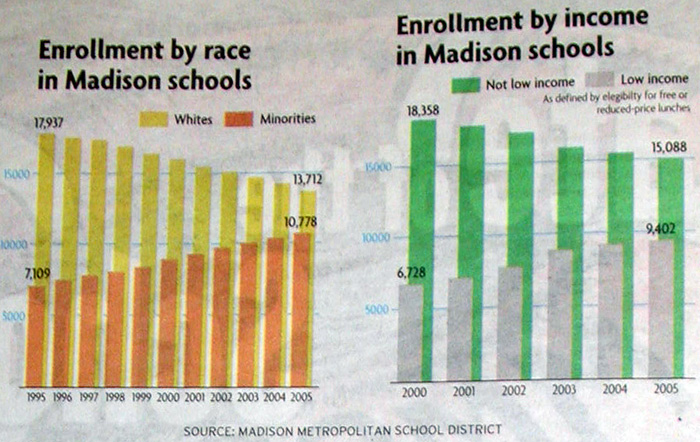 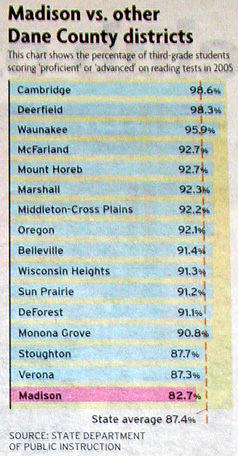 4 thoughts on “Considering the Future of Madison Schools”