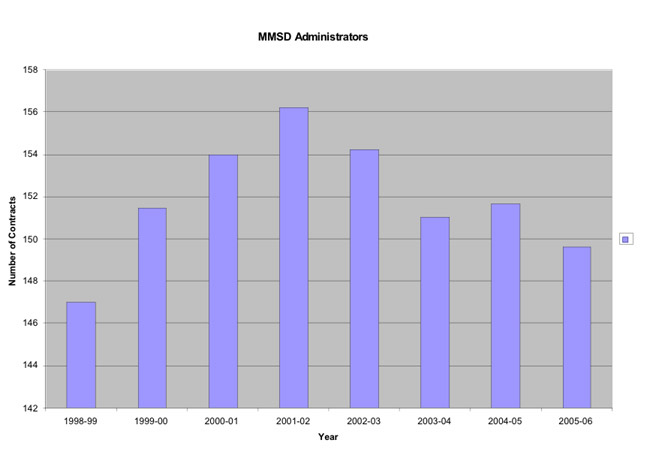 Graph based on MMSD data presented to the School Board on January 24, 2005. For more information see the Minutes of Special Board meeting.