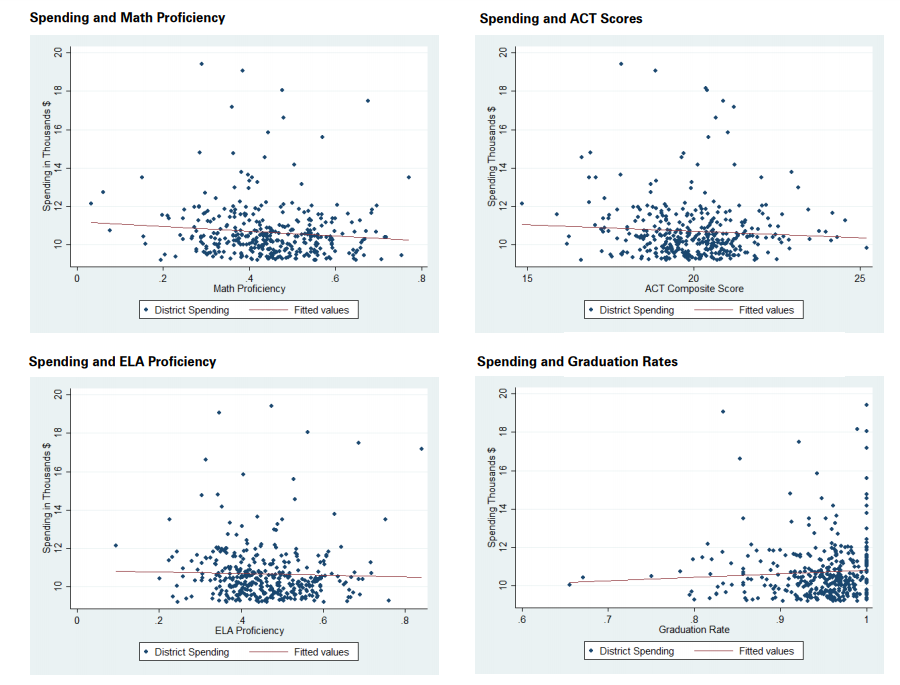 Slinger and Hartford school districts spend significantly less than the state average on education but their students’ Forward Exam performances are significantly higher than other districts, the report found. By comparison, White Lake and Bayfield districts have “woeful proficiency rates despite spending far more than the average district,” the report states.

In Evers’ budget address, he said, “more than one million Wisconsinites have raised their own property taxes to support local schools in their communities,” Matt Kittle at the MacIver Institute notes. “But they chose to do so,” Kittle says, “through the mechanism of referendum that offers school districts the ability to set their own priorities and not make taxpayers elsewhere pick up an ever-increasing portion of the tab.”

Evers’ budget plan calls for a return to the state picking up two-thirds of K-12 funding, but would put more money into the state’s long-failing schools, Kittle notes, “while he looks to punish Wisconsin’s school choice program.”

Locally, Madison spends around $20,000 per student, yet we have long tolerated disastrous reading results.

“The data clearly indicate that being able to read is not a requirement for graduation at (Madison) East, especially if you are black or Hispanic”.