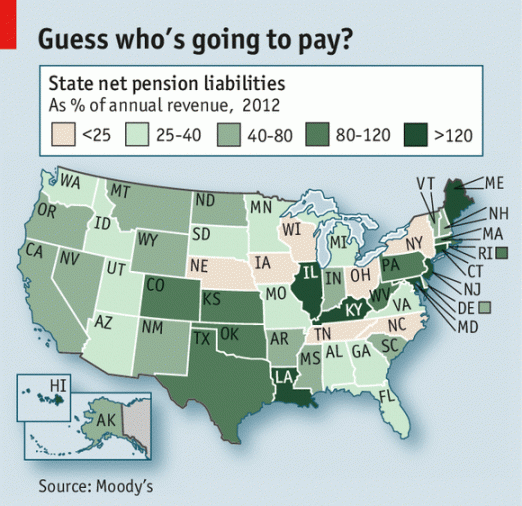 WHEN Central Falls—a city of 19,000 people squeezed into barely one square mile—filed for bankruptcy in 2011, it sent shivers across Rhode Island and America. Some retired civil servants saw their pensions cut from $27,000 a year to $12,000. To stop the state from heading in the same direction, Gina Raimondo, its treasurer (pictured), launched a campaign to overhaul Rhode Island’s pension system, one of many that is in deep trouble (see map). She went from town to town explaining why change was needed, earning a reputation as a fiscally responsible Democrat with a bright political future. The legislature passed reforms in November 2011.